Bharati Ghosh is BJP's candidate from Ghatal and a former IPS officer. 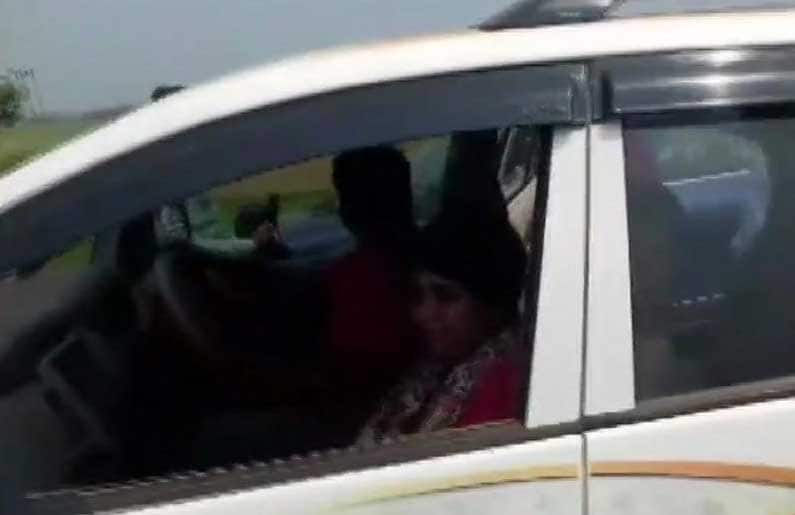 KOLKATA: The Election Commission of India (ECI) on Sunday ordered the police to register an FIR against BJP's candidate from Ghatal Lok Sabha constituency, Bharati Ghosh, for entering a polling station in West Bengal's Keshpur along with her security guards.

There were earlier reports of an attack on Bharati, who is a former IPS officer, when she attempted to enter inside a polling booth there.

Stones were pelted at the convoy of Bharati Ghosh at a polling station in Dogachia in West Bengal's Ghatal by locals.

The media persons present at the polling booth were also reportedly attacked. Ghosh's private security guards then resorted to lathi-charge to disperse the agitators.

Locals alleged that the polling was going on peacefully and Ghosh came to disrupt the process.

Ghosh is contesting the 2019 Lok Sabha election from Ghatal as a BJP candidate.

Earlier today, Ghosh claimed that BJP's polling agent is not being allowed to sit inside the polling booth.

In view of the reported attack and the disruption of the polling process, the CEO sought a report from the election officials.

Ghosh was also reportedly seen video-recording things inside a polling booth at Pikurda in Keshpur.

BJP's candidate and state party president Dilip Ghosh also faced protests from locals when he tried to visit a polling booth in his constituency, Midnapore.

Voting for 59 seats across seven states in the sixth phase of Lok Sabha election 2019 started at 7 AM on Sunday, amid tight security arrangements put in place by the Election Commission (EC).

Voting in phase 6 will be held in 14 seats in Uttar Pradesh, 10 in Haryana, 8 each in Bihar, Madhya Pradesh and West Bengal, all seven seats in Delhi and 4 in Jharkhand.