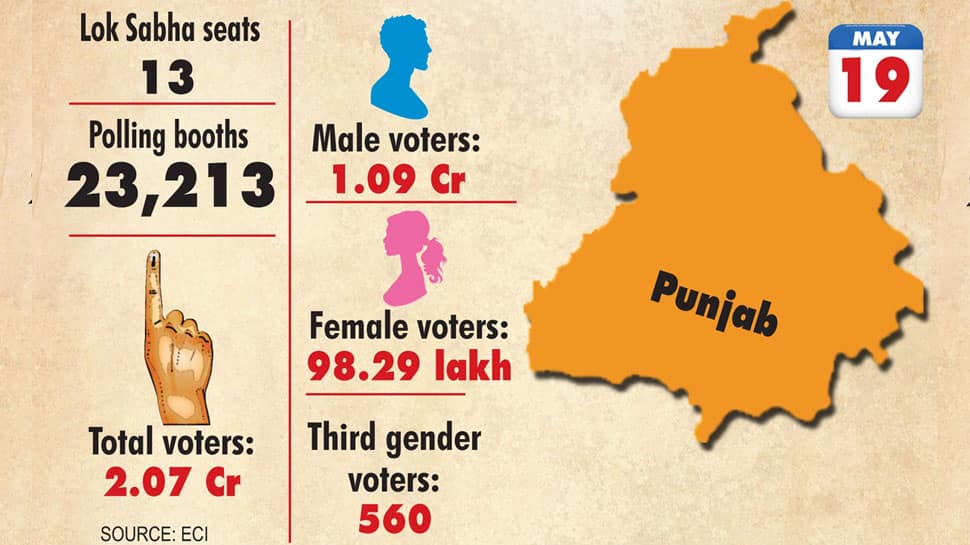 Here is the full list of candidates going to polls in Punjab:

In Gurdaspur, BJP candidate Sunny Deol has banked on his star appeal, reminding people of the patriotic characters he has played in films like Border and Gadar. BJP MP Kirron Kher is trying to retain the Chandigarh Lok Sabha seat in a three-corner contest, which includes former Union ministers Pawan Kumar Bansal (Congress) and Harmohan Dhawan (AAP).