A number of state unit chiefs have tendered their resignation even as there are big questions being raised about Rahul Gandhi's own position as Congress chief after Lok Sabha election results 2019. 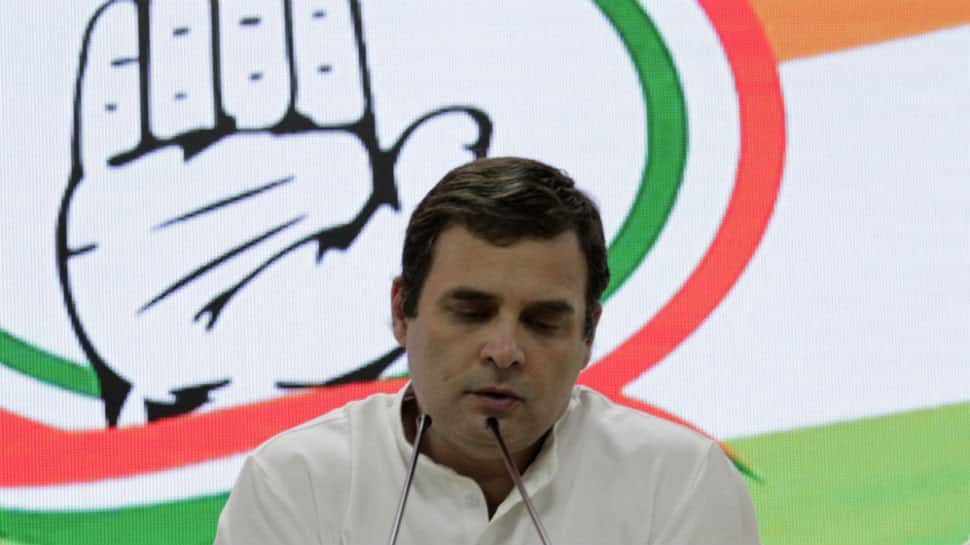 New Delhi: If the initial trends are much to go by, Congress may get more resignations than the seats the party managed to win in Lok Sabha election 2019.

In less than 24 hours since the result of the election became quite evident, Congress has seen a flurry of resignations being dispatched to party president Rahul Gandhi. It is learnt that the list includes resignation letters from three state unit chiefs, the most prominent of these being from Raj Babbar. The Congress chief in Uttar Pradesh crashed to a humiliating defeat in Fatehpur Sikri constituency, losing by nearly five lakh votes to BJP's Rajkumar Chahar. He also failed to inspire wins elsewhere with Congress being restricted to a humiliating 1-seat win in Uttar Pradesh.

Then there was a resignation from Congress' Odisha chief, Niranjan Patnaik. Here, Congress' stature of being No. 2 to Biju Janata Dal was ruptured as BJP showcased a strong performance and ended Lok Sabha election 2019 as Odisha's second-most successful political party. "I have sent my resignation to AICC President, owning moral responsibility for the party's poor show in both Lok Sabha and Assembly polls in the state," Patnaik was quoted as telling reporters by news agency PTI. While Patnaik was defeated in the assembly election here, his son, Nabajyoti Das, surrendered in the Lok Sabha election from Balasore Lok Sabha constituency.

All of these leaders have sent their resignation to Rahul but it is not yet clear if Rahul will have the authority to accept or reject these.  On Thursday evening, there were reports that Rahul had offered to resign as party president and sent a letter to his mother - UPA chairperson Sonia Gandhi. This was later rejected by party spokesperson Randeep Surjewala. Reports, rumours and suspicions, however, continue to do the rounds, especially because Rahul himself could not save the Gandhi family bastion of Amethi which favoured BJP's Smriti Irani. Meanwhile, Congress'Amethi District chief, Yogendra Mishra, has also sent his resignation while claiming moral responsibility for the defeat here.