The Election Commission of India has taken the unprecedented step of cutting down campaigning time in West Bengal citing incidents of violence in the state. Mamata Banerjee, however, has accused BJP of influencing the decision. 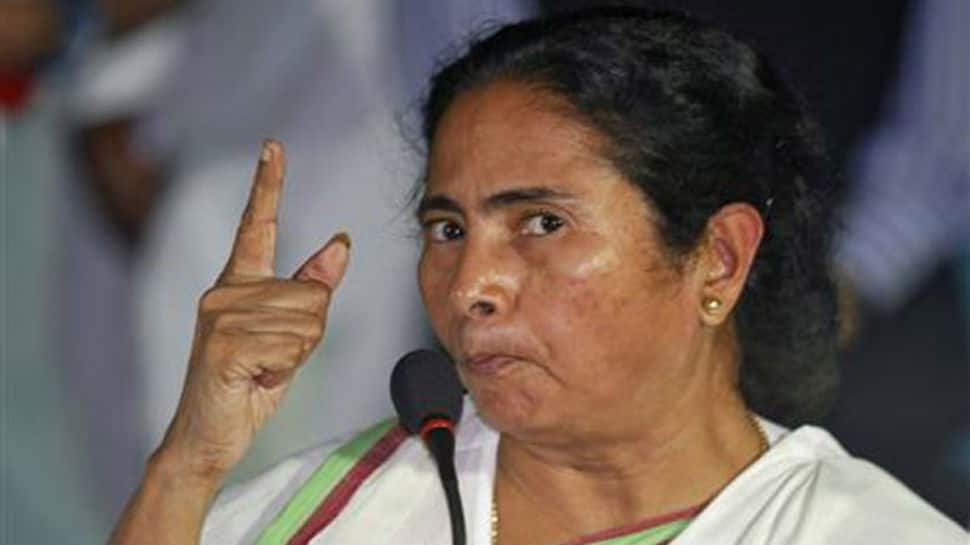 New Delhi/Kolkata: Mamata Banerjee has been targeting the Bharatiya Janata Party so far in the ongoing Lok Sabha election 2019. On Wednesday, she launched a no-holds-barred attack against Election Commission of India too and levelled allegations both serious and inflammatory.

The EC earlier in the day had decided to invoke Article 324 to cut short campaigning time in West Bengal by 24 hours. The campaign for the nine parliamentary seats in West Bengal which go to vote with 50 others across the country this Sunday will now end at 10 pm Thursday. What prompted EC's unprecedented decision were a series of poll-related violence in the state in the first six phases of voting which eventually peaked in Kolkata where BJP president Amit Shah had held a roadshow on Tuesday. TMC and BJP traded charges through Tuesday night and all of Wednesday, forcing EC to recognise the need for urgent steps. "This is probably the first time that ECI has invoked Article 324 in this manner but it may not be last in cases of repetition of lawlessness and violence which vitiate the conduct of polls in a peaceful manner," it said.

Infamous for her often unchecked verbal tirade, the West Bengal CM bore into both BJP and EC, and said that the latter was working at the behest of the saffron party. "The decision to cut short campaigning time is not an EC decision. It is a BJP decision," she claimed at a hastily-called press conference hours after ECI's decision. "I have never seen an Election Commission like this. They can send me a show-cause notice for saying this but I am ready for 50 show-cause notices because I have to uphold Bangla honour. They cannot use Article 324 here because there is no law and order problem. It is unethical, unconstitutional. EC has RSS men."

Mamata even claimed that video clips had been sent to EC which proved that BJP workers had indulged in violence in Kolkata on Tuesday. "They never got back in touch with the state government," she said before targeting PM Modi. "Why have central forces been sent only to West Bengal? It is because Modi is scared of me, because I am challenging him. He is now using EC to try to make us bow down but we won't." (Read more here)

Earlier in the day, PM Modi had already targeted Mamata over the prevailing situation in Kolkata and across West Bengal. Referring to the violence at Shah's roadshow, he had said that Mamata is getting frustrated and resorting to violence. "Mamata didi had declared publicly two days ago that she will take revenge. She fulfilled her agenda within 24 hours, BJP President Amit Shah's roadshow was attacked," he said at Basirhat in West Bengal. (Full report here)

While this is hardly the first time that PM Modi and Mamata have verbally sparred with each other, the TMC chief's blatant, brazen and boisterous allegations of EC and BJP being hand-in-glove could have severe repercussions considering how EC has always been regarded as a neutral player in ensuring free, fair and peaceful elections in the country. And having given only time till Thursday to political parties to wrap up their campaigning in West Bengal, many feel it has taken the right step in addressing the ground-realities and the violent problems prevailing.