Tejashwi Yadav is facing the heat from within his own party after its poor showing in Lok Sabha election 2019. He, however, has found an ally in brother Tej Pratap. 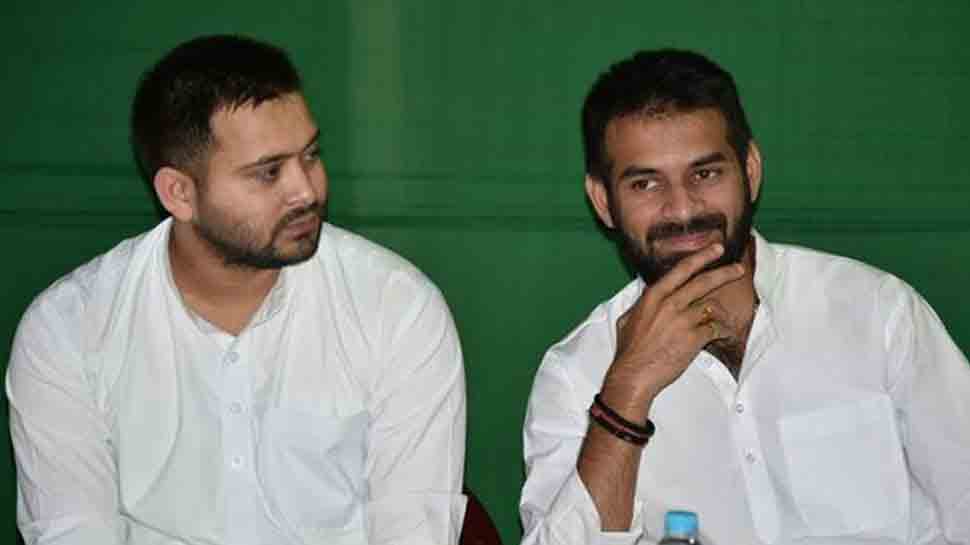 Patna: There is an overdose of brotherly love within the Rashtriya Janata Dal (RJD) with Tej Pratap Yadav backing the leadership of Tejashwi Yadav despite their party's poor showing in Lok Sabha election 2019.

While there are murmurs of dissent within RJD and MLA Maheshwar Yadav even demanding the removal of Tejashwi as chief of the party, Tej Pratap has backed his brother. "Those who don't like Tejashwi's leadership can leave. Be it Mahagathbandhan or RJD, I will always stand by Tejashwi," he told news agency ANI. He also tweeted his support for Tejashwi.

The bonhomie between the two brothers, however, is not a permanent feature. Earlier this month, Tej Pratap - Lalu's elder son - had slammed Tejashwi for surrounding himself with men from Rashtriya Swayamsevak Sangh (RSS). "Tejashwi is surrounded by RSS men", Tej Pratap had said at an election meeting in Jehanabad on May 8.

Tej Pratap has also previously taken on the party his father established with RJD even planning action against him for his rather rebellious attitude. This after Tej Pratap had said he is being sidelined in the RJD and that he is creating a new party called  Lalu-Rabri Morch (LRM). With Lalu battling ill health, his two sons have been unable to consistently remain on a common political page and the recent result in Lok Sabha election 2019 in which RJD was routed, has threatened to further mount troubles.