Later, Music Day later was celebrated in as many as 120 countries around the world. 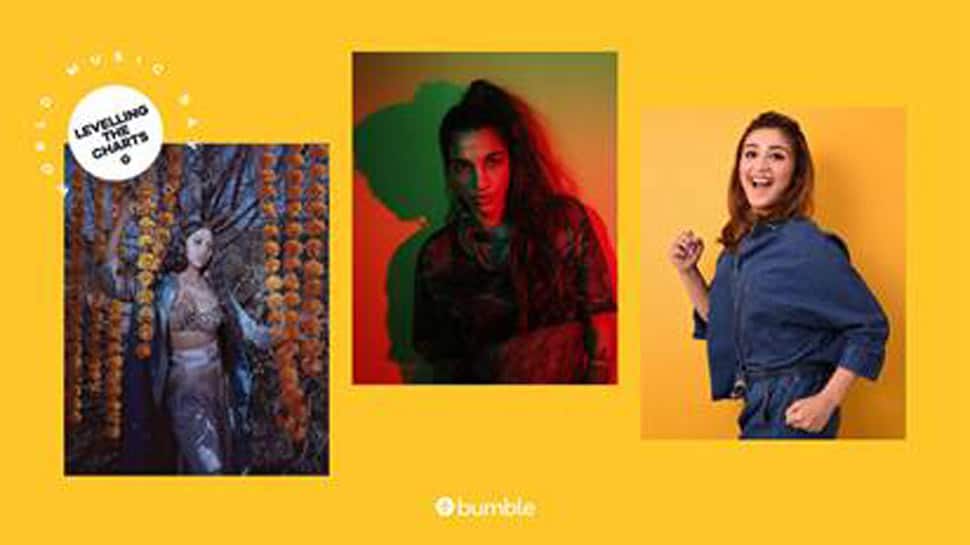 New Delhi: On June 21, World Music Day is celebrated across the globe. Known as Fête de la Musique or Music Day elsewhere, was first started by Jack Lang, Minister of Culture of France, and Maurice Fleuret. It was celebrated in Paris in 1982.

Later, Music Day later was celebrated in as many as 120 countries around the world.

To celebrate the music and its essence, a women-first social-networking app Bumble has kicked off an initiative called ‘Levelling The Charts’ aimed at addressing the challenge of gender disparity and lack of opportunity in the music industry.

They have collaborated with music artists such as Anushka Manchanda, Dhvani Bhanushali and Raja Kumari.

“In times like these, forging meaningful connections and music has kept me grounded. It’s heartwarming for me to leverage a platform like Bumble and connect with like-minded upcoming artists. I look forward to sharing my learnings and personal experiences with Bumble users,” said Dhvani Bhanushali.

Talking about it, singer Anushka Manchanda said, “It’s challenging to navigate yourself in the music industry, often easy to lose sight of the important things. ‘Levelling The Charts’ is a great initiative by Bumble to bring aspiring artists closer to people like me who can share first-hand experiences and learnings with them.”

Raja Kumari, the American-Indian rapper, said, “Helping aspiring music enthusiasts shine has always been an intrinsic goal for me. I’m excited to partner with Bumble for the ‘Levelling The Charts’ initiative and mentor young artists to help them propel their career aspirations in music.”

“Through the ‘Levelling The Charts’ campaign we aim to give Bumble users who identify as women, the opportunity to explore an industry where people are still fighting for equal opportunities and representation,” said Priti Joshi, Bumble’s Vice President of Strategy.

"We’ve stayed focused on creating a community that values kindness, respect, and equality and truly believe that one connection can change the course of your life. We hope to provide unique opportunities to our users and bring together a community of artists who can support each other," she added.