The study shows that Delhiites are witnessing a decrease in their lifespan by 6.3 years. 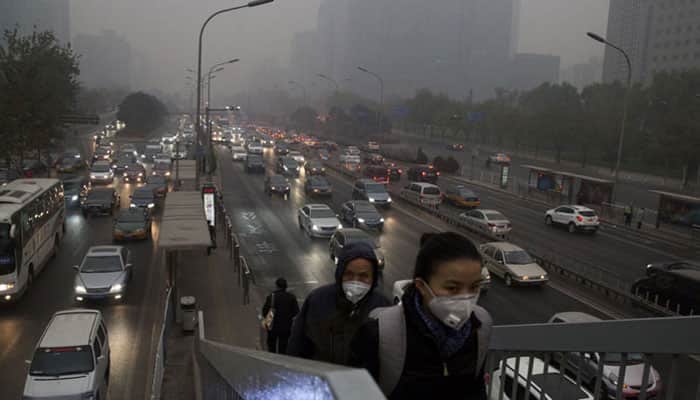 As per a report from Hindustan Times, the study shows that Delhiites are witnessing a decrease in their lifespan by 6.3 years - the highest among all states.

The study found PM2.5 exposure has claimed 5.7 lakh Indians every year, while 31,000 people died owing to chronic obstructive pulmonary disease (COPD) caused by inhaling ground-level ozone (O3). This was based on the new population census 2011.

“The drop in life expectancy is a point of concern as “future increase in PM2.5 (particulate matter of less than 2.5 microns that can inhaled into the respiratory system) concentration may worsen the situation,” said the study.

“Rapid expansion of industrial, urban, and traffic emissions has significantly increased the air pollution, especially over the past two decades,” Sachin Ghude, principal investigator, IITM, was quoted as saying.

The World Health Organisation (WHO) has in its latest report released last week ranked Delhi as the 11th most polluted city in the world, based on average annual PM 2.5 readings of 3,000 cities in 100 countries.

“Upward trends in transportation, industrial and energy sectors, urbanization, population growth in India, along with climate change, will raise the levels of O3 and PM2.5 in the future, which could worsen the vulnerability of a growing population,” he added.

Besides Delhi, the study also shows that air pollution is cutting the lives of those living in polluted states of West Bengal and Bihar by 6.1 years and 5.7 years respectively.

As per a report by the Central Pollution Control Board (CPCB), about 78% of the total 141 cities in India exceed the PM2.5 standard, with 90 cities having critical levels, and 26 reaching the most critical levels, thereby exceeding the PM standard by over 3 times.

The study conducted by the IITM and Atmospheric Chemistry Observations and Modeling Laboratory, National Center for Atmospheric Research, Boulder, Colorado, USA has been published in Geophysical Research Letters.