This is why Smriti Irani mentioned Goddess Durga, Mahishasur in her Parliament speech

Human Resource Development Minister Smriti Irani on Wednesday hit out at the Congress, especially Rahul Gandhi, and the Left. 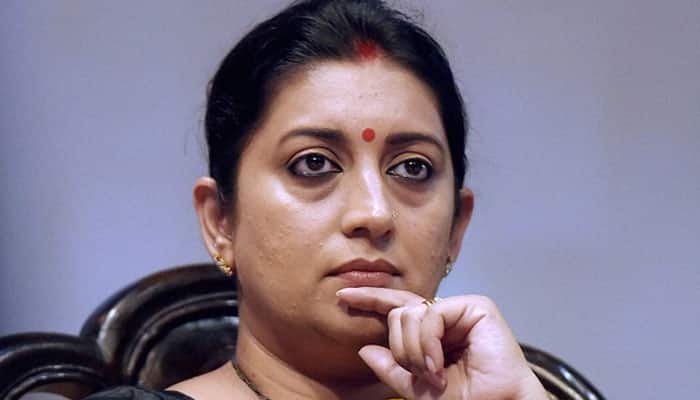 New Delhi: A debate on Jawaharlal Nehru University and Hyderabad University controversies in Lok Sabha turned into a no-holds-barred battle between Government and the Opposition on Wednesday, with a belligerent Human Resource Development Minister Smriti Irani hitting out at the Congress, especially Rahul Gandhi, and the Left.

In a hard-hitting reply, she forcefully defended the action against students of JNU, saying Kanhaiya Kumar and some other students had been found indulging in anti-national activities by the JNU authorities themselves.

To support her case about undeserving activities on the JNU campus, she cited an event to observe 'Mahishasur Martyrdom Day' in which Goddess Durga is depicted as a 'sex worker'.

Here is what she said:

What is Mahishasur Martyrdom Day, madam speaker? Our government has been accused. I miss today Sugata Bose and Saugata Roy in the House - champions of free speech, because I want to know if they will discuss this particular topic which I am about to enunciate in the House, on the streets of Kolkata. I dare them this.

Posted on October 4, 2014. A statement by the SC, ST and minority students of JNU. And what do they condemn? May my God forgive me for reading this.

"Durga Puja is the most controversial racial festival, where a fair-skinned beautiful goddess Durga is depicted brutally killing a dark-skinned native called Mahishasur. Mahishasur, a brave self-respecting leader, tricked into marriage by Aryans. They hired a sex worker called Durga, who enticed Mahishasur into marriage and killed him after nine nights of honeymooning during sleep."

Freedom of speech, ladies and gentleman. Who wants to have this discussion on the streets of Kolkata? I want to know. Will Rahul Gandhi stand for this freedom? I want to know. For these are the students. What is this depraved mentality? I have no answers for it.

Irani wondered how such things got into the minds of students and added that it was because of the wrong policies of the previous government and added "don't make education a battlefield" as the consequences could be grave.