The Allahabad High Court has ordered to register a sedition case against Rahul Gandhi. 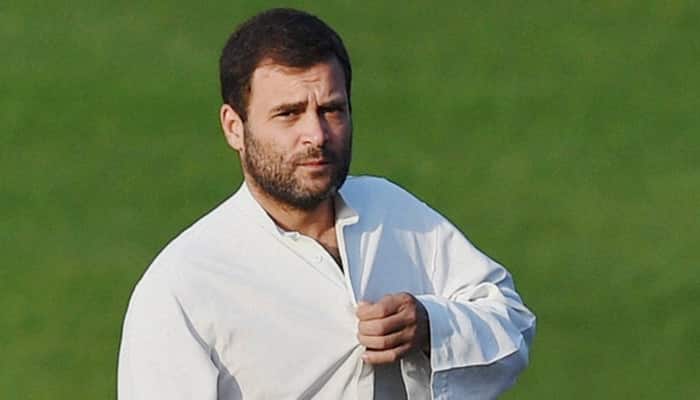 The BJP MLA from Baytoo in Barmer district of Rajasthan made the contentious remarks against Rahul Gandhi as the Congress vice president met Jawaharlal Nehru University (JNU) students to join the protests against the police crackdown on students accused of sedition.

Further taking a dig at the Amethi MP, the BJP leader said the Congress leader, who is addressed as 'Rajkumar' by the Congressmen, had no right to be in India and support 'Pakistan Zindabad' slogans and siding with the people calling Afzal Guru a 'martyr'.

Choudhary made the remarks while addressing farmers during a ‘kisan sammelan' in Rajasthan.

Defending himself and sticking to his viewpoint, Choudhary exclusively spoke to 'Zee Media' and reiterated that whosoever speaks against India, whether it is Rahul Gandhi or someone else, should be hanged or shot to death.

Rahul Gandhi had visited the JNU campus and alleged that those who want to gag the voice of students are the real anti-nationals.

"Kanhaiya Kumar just put forward his expression but the government is labelling him as an anti-national," Rahul Gandhi had said.

Meanwhile, Allahabad High Court has ordered to register a sedition case against Rahul over meeting with protesting students in JNU campus in connection with 'ant-national' activities row.

Rahul Gandhi had strongly lashed out at the Narendra Modi government over the JNU row, following which, BJP president Amit Shah in his blog had asked for Rahul Gandhi's definition of patriotism.

The JNU has been on the boil over the arrest of Kanhaiya Kumar on sedition charges after some students organised a meeting to mark the anniversaries of the execution of parliament attack convict Afzal Guru and JKLF co-founder Maqbool Bhat. Anti-India slogans were allegedly raised there.