Both John and Mohsin had stood together at the JNU when Kanhaiya Kumar, Umar Khalid, Anirban Bhattacharya, including some other students were arrested. 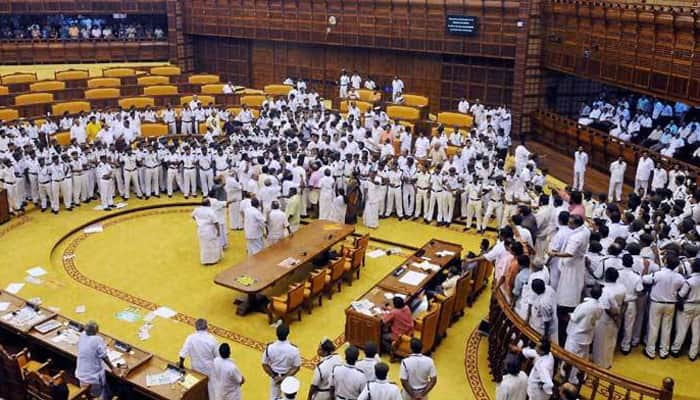 While John is the chief of National Students' Union of India (NSUI), the student wing of the Congress, Mohsin is associated with the Communist Party of India (CPI).

Mohsin, who won from Pattambi constituency on a Left Democratic Front (LDF) ticket, was earlier vice president of All India Students Federation (AISF) at JNU.

Interestingly, both John and Mohsin had stood together at the JNU when JNUSU president Kanhaiya Kumar, Umar Khalid, Anirban Bhattacharya, including some other students were arrested after the alleged anti-national event on February 9.

Kanhaiya had even campaigned for Mohsin in Kerala Assembly Election 2016.

The CPI(M)-led LDF returned to power in Kerala getting a comfortable majority dealing a huge blow to the ruling Congress-led UDF while BJP created history making its debut.

The CPI-M will on Friday choose Kerala's 22nd chief minister between veteran leader VS Achuthanandan and politburo member Pinarayi Vijayan.

Vijayan, 72, has a brute majority in the state committee and should the selection be by lifting of hands, he will win hands down.

However, the 92-year-old Achuthanandan was the star campaigner for the party and largely instrumental for its massive win of 91 seats in the 140-member assembly on Thursday and the party will find it hard to find a suitable slot for him if he doesn't get the nod.