The Madras High Court has asked the RSS cadres to wear full pants while participating in processions to celebrate Vijayadashmi in Tamil Nadu next month. 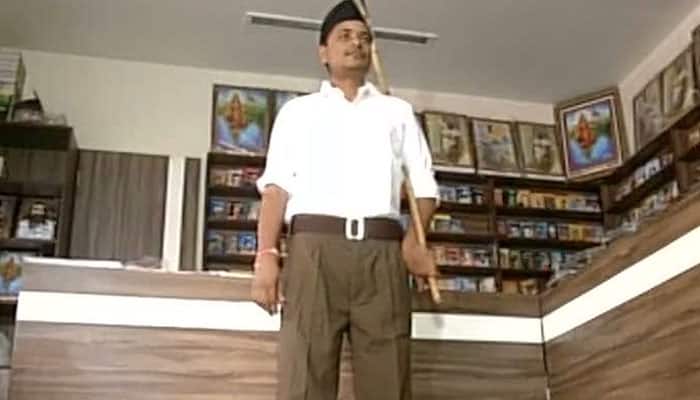 Chennai: The Madras High Court has told the Rashtriya Swayamsevak Sangh (RSS) that its members can't march in half pants across the state to celebrate Vijayadashmi next month.

According to NDTV, the state high court observed that the RSS cadres will have to wear full trousers making it clear that they can't march in the half pants which they have worn for nine decades.

The ruling comes at a time when the RSS, which does not have a big a presence in Tamil Nadu, has planned to take out at least 14 processions across the state. About 200 to 300 RSS workers will be marching in each of these processions next month.

In Kanyakumari and Coimbatore, around two thousand members of the Hindu outfit are expected to assemble.

The local police had denied permission for the procession as it feared law and order problems, however, the high court said on Monday that the RSS can hold its event as long as it gets out the full pants.

The Chennai City Police Act bans processions in outfits that resemble the uniforms of the armed forces or the police. The white shirts and knee length khaki shorts that has been the RSS uniform for years is very similar to the state police's physical training gear.

Fortunately for them, most RSS workers are expected to have at hand the organisation's new uniform - white shirt and full-length dark khaki trousers, black cap, canvas belt, dark brown socks, black shoes and bamboo cane - to be inaugurated across the country on Vijayadashmi.

The bamboo cane though will have to be left back home for this year's rallies in Tamil Nadu, as the police see as a weapon.

The RSS has accused the state's ruling AIADMK and main opposition party, the DMK, of playing politics on the issue. However, both AIADMK and DMK have denied such allegations as "absurd".