We wonder if Allu Arjun has seen the video or not. 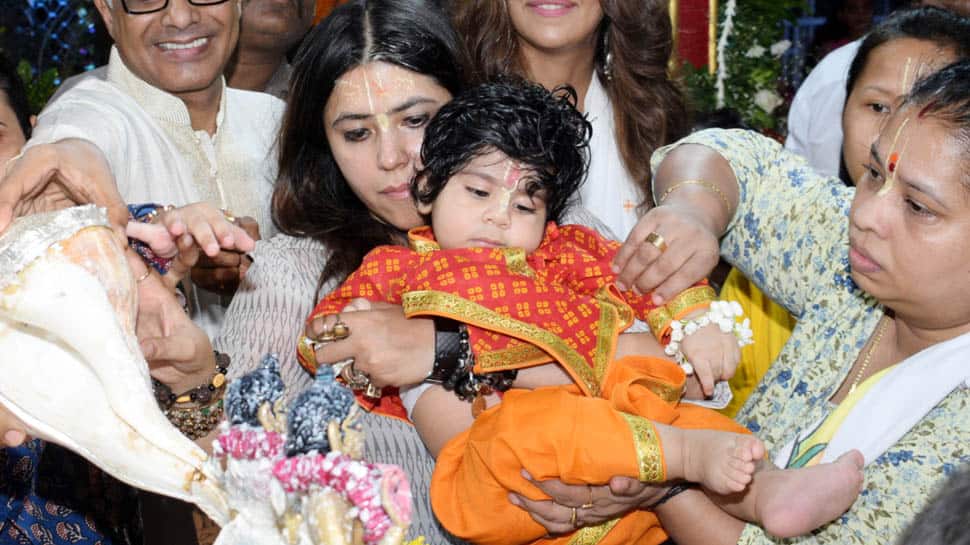 New Delhi: TV czarina Ekta Kapoor recently treated us to a super cute video of her one-year-old son Ravie dancing to south superstar Allu Arjun’s blockbuster song ‘Butta Bomma’. Ravie is seen shaking a leg to the song which is being played on TV and trust us when we say it’s the cutest video on the internet today.

“Fav song of my fav boy! Also Genda Phool! How music has no language,” Ekta captioned the post.

Take a look at how Ravie mesmerises his mother and the audience with his adorable moves.

Fav song of my fav boy! ) also #gendaphool ! How music has no language!!!

Isn’t it cute? We wonder if Allu Arjun has seen the video or not.

‘Butta Bomma’ is from Allu Arjun’s recent film ‘Ala Vaikunthapurramuloo’, which also starred Pooja Hegde. It is a massive hit, courtesy the catchy tunes, the superstar’s dance moves and Armaan Malik’s voice.

Meanwhile, coming back to Ekta and Ravie. He was born to Ekta in January 2010 via surrogacy. He has been named after Ekta's actor father Jeetendra, whose real name is Ravi Kapoor. Her brother Tusshar is a single father to son Laksshya, who turned three on Monday.

Dia Mirza urges everyone to donate PPE kits for frontline workers, thanks all who stepped up