The image was shared by UFO spotters Secureteam10 on YouTube, which has once again sparked a heated debate on alien existence. 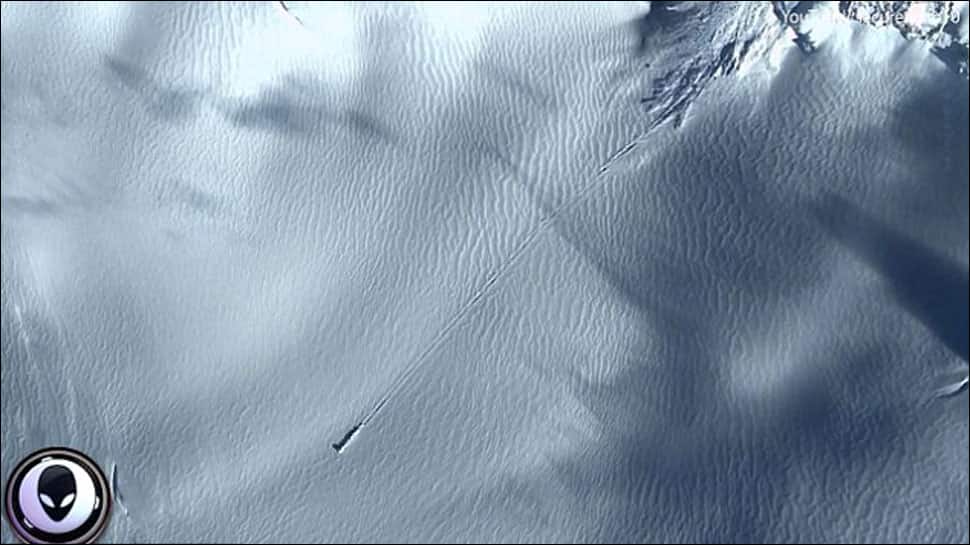 New Delhi: As the number of UFO-sightings around the world builds up, the mystery surrounding them intensifies.

If the claims of UFO hunters are to be believed, Google Earth has shown evidence that UFO crash landing site exists.

According to conspiracists, an image of an unusual pattern in the Antarctic snow is 'solid' proof of an alien landing.

The image was shared by UFO spotters Secureteam10 on YouTube, which has once again sparked a heated debate on alien existence.

While some comments are in support of the claim, putting forward their own theories, some people believe there is a more mundane explanation to the image, calling it a mere landslide.

More than 13,000 people have watched the YouTube post, which shows the scene in South Georgia Island, near Mount Paget, which has a population of 20.

The snow trail appears to go on for several miles.