FC Goa, who made it to the semi -finals of the inaugural Indian Super League (ISL), hopes to attain greater heights under the leadership of its new CEO Sukhvinder Singh. 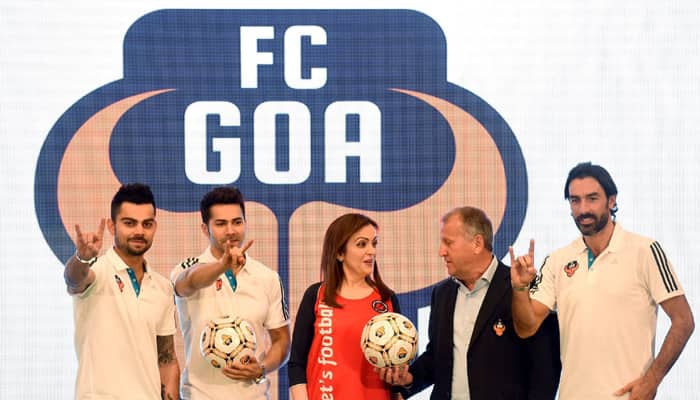 Panaji: FC Goa, who made it to the semi -finals of the inaugural Indian Super League (ISL), hopes to attain greater heights under the leadership of its new CEO Sukhvinder Singh.

The owners of the team, which impressed the football world with its style of play, technical prowess and flair in ISL 1, have put in place a comprehensive and professional management team to develop the club at all levels.

After a long and detailed process and just ahead of ISL second edition, the Goa franchise has appointed Singh as Chief Executive Officer.

Sukkhi, as he is widely known, has worn many hats. He has worked with the world's top sports brand (Nike), the Federation (All India Football Federation) and set up leading football company (Libero Sports India). A former Santosh Trophy player, Singh also holds an MBA degree.

Making an official announcement about his appointment here today, FC Goa co-owners Dattaraj Salgaocar and Shriniwas Dempo said, "The team had a good start last season and made it to the semi-finals in the first edition of Indian Super League.

"It is important the club is developed further at all levels, including the elite team, the youth, grassroots, marketing and media and most importantly, fan development."

"We believe Sukhvinder Singh has the right understanding of the sport in India and would provide the club with a long-term strategy and a robust business plan. Goa has global ambitions and we wanted someone who has industry awareness at the global level. Sukkhi is an ideal fit and we would like to welcome him to the FC Goa family," they said.

Singh said he is looking forward to make Goa his footballing home.

"While I followed and watched a lot of football in India it is for the first time ever that I am officially and emotionally connected with a club. I want to build the off- pitch team that is critical to the success of the on-pitch team which results in development of the club as a whole."