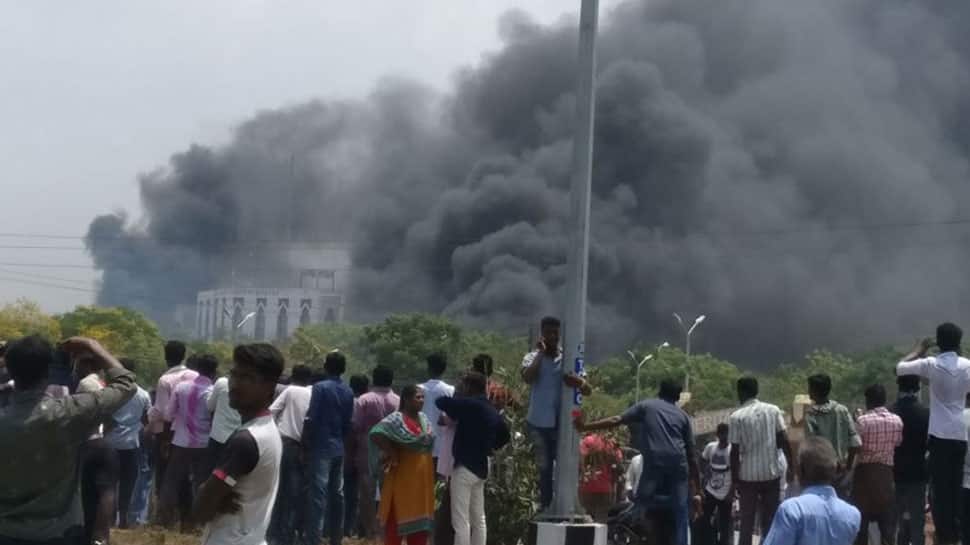 Toothukudi: Actors-turned politicians Rajinikanth and Kamal Haasan on Tuesday slammed the Tamil Nadu government for police firing on protesters in Tuticorin (Thootukudi). At least nine people are reported to have been killed after the anti-Sterlite protest, demanding the closure of the Vedanta group-run company, turned violent.

"Tamil Nadu government's inaction is responsible for the violence in Tuticorin. It should take responsibility for the loss of life and violence. This government's lackadaisical ways have led to the deaths of innocents," said Rajinikanth.

Haasan too slammed the EK Palaniswami government, saying, "We stand for the people and offers condolence to the grieving families. This is unpardonable. People of Tamil Nadu will not forget this violation of their dignity and life. It could have been stopped before escalating it to such levels."

On the other hand, condemning the state government for the police firing, DMK working president MK Stalin said that the police was committing atrocities.

Residents of the port city of Tuticorin have been demonstrating against the copper plant for more than three months. The protest turned violent on Tuesday as police resorted to firing when hundreds of people gathered in defiance of prohibitory orders and attacked the District Collectorate, IANS reported. The area around the collectorate resembled a battle-zone. Plumes of black smoke emanated from the protest site.

#WATCH: Clash between Police & locals during the protest held in Tuticorin demanding ban on Sterlite Industries, in wake of the pollution created by them in #TamilNadu. pic.twitter.com/s5j2dH9J8o

Chief Minister Palaniswamy appealed to the people for calm and held a meeting with his ministerial colleagues and top police officials including DGP TK Rajendran. In a statement, the state government said it would respect the wishes of the people in the matter. It said around 20,000 people took out a rally against the company and became violent by attacking police and burning police vehicles while storming the collector's office. As police could not control the crowd, they resorted to a few actions, it added. The statement further said that the government will take all legal steps in the matter.

Police from neighbouring districts of Madurai and Virudhunagar was rushed to Thoothukudi to bring the situation under control. The protesters alleged that police had used force without provocation on the peaceful gathering, as per IANS. People in Tuticorin​ are demanding the closure of Sterlite copper smelting plant alleging that it was polluting the area and leading to severe health problems among the residents of the locality, besides depleting the water table. Social activists have also joined the protests against the company.