On Saturday (July 17), singer Rahul Vaidya took to his Instagram stories to share an adorable photo of him and his ladylove Disha Parmar. It was their first selfie as a married couple. 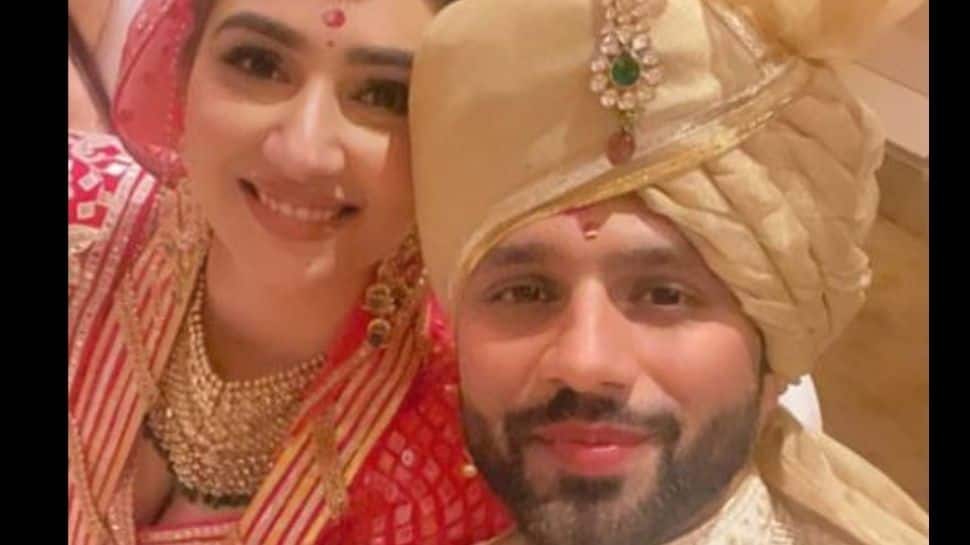 New Delhi: Television's favourite couple, singer Rahul Vaidya and actress Disha Parmar got hitched on Friday (July 16) at the Grand Hyatt, Mumbai. For their wedding, the beautiful couple opted for traditional attires designed by ace-duo Abu Jani and Sandeep Khosla. Soon after they tied the knot and made it official, it appears Rahul wanted to capture their special moment with a photo and clicked their first selfie as a married couple.

On Saturday (July 17), he took to his Instagram stories to share the adorable photo. In the picture, the couple looks as beautiful as ever and it truly captures the strong bond that they share. For their wedding reception, they added contemporary elements to her attire as Disha was seen in a pre-draped silver saree from the label Dolly J Studio while Rahul wore a white brocade coat. The couple looked ravishing on their D-Day.

For the unversed, Rahul Vaidya and Disha Parmar had announced their wedding on Instagram followed by a video where they could be seen exchanging their engagement rings and making it official. Rahul had first confessed his love to Disha on the reality show Bigg Boss 14. Since then, they've been together through thick and thin.

Disha made her debut in the 2012 daily soap Pyaar Ka Dard Hai Meetha Meetha Pyaara Pyaara. She has featured in several ad commercials as well. She was later seen in Woh Apna Sa TV show and received viewers' love as well.