The family of a protester, who died in police action during anti-CAA protests in Bijnor, had filed a complaint against 6 cops alleging that he was shot by police bullets. 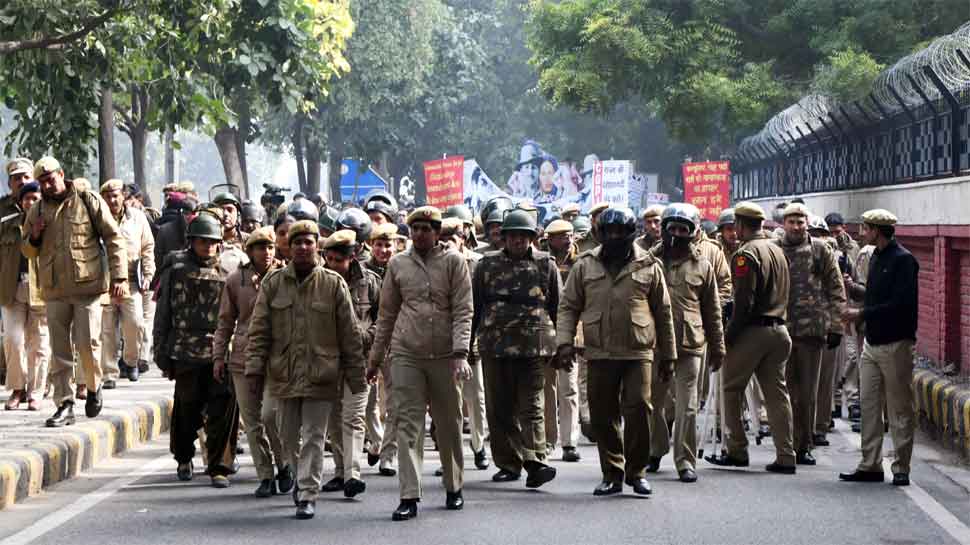 Bijnor: In an unexplained u-turn, the Uttar Pradesh Police have now denied that any FIR has been lodged against six policemen by the family of a protester, Suleiman, who died in firing during the violent protests on December 20 against the Citizenship Amendment Act (CAA).

Suleiman's family had filed a complaint against six policemen alleging that he was shot by police bullets during anti-Citizenship Amendment Act (CAA)protest in Uttar Pradesh.

According to the complaint, Suleiman`s family alleged that he was returning home from Friday prayers on December 20 when he was accosted by SHO Rajesh Solanki, Bijnor in-charge Aashish Tomar as well as some constables.

The family claims that the policemen dragged Suleiman to a lane where a constable, identified as Mohit, shot Suleiman at the behest of other police officers.

The police in Bijnor on Sunday had stated that Suleiman`s family`s complaint had been added into the original FIR filed after his death on December 20 in which unknown persons were blamed for his death.

Superintendent of Police (SP) (rural) Vishvajeet Srivastava had then said: "Police have registered a case against station house officer and five other cops for allegedly killing Suleiman and probe is on."

However, SP Vishvajeet Srivastava has now backtracked on his statement.

"Because of legal and technical issue, a separate FIR cannot be registered in this regard. The initial FIR was filed based on the complaint of Mohit Kumar, a constable who sustained bullet injury during protest. The role of Suleiman was mentioned in that FIR. So, there is no need for a separate FIR. SIT is probing the matter now," he said.

Reacting to the statement made by the SP, maternal uncle of the deceased, Afzal Ahmed Usmani, said: "We had filed a complaint on Saturday. Suleiman was killed by the six policemen. Police officials had assured us that we will be given a copy of FIR on Sunday. When we approached police for the FIR copy, it was not given to us."

Meanwhile, Arshad Hussain, whose son Anas was shot dead the same evening, has also submitted a complaint, accusing the same set of police personnel for killing the 23-year-old who had gone out to buy milk for his seven-month-old son.

After Suleiman`s death, police in Bijnor had accepted that he was killed in police firing.

A day after the violence in which 23 people were killed, Uttar Pradesh Director General of Police had claimed that not a single shot was fired by police.