China tries to make an example, gives strict punishments for those who want to quit military service

An obligation to serve two years in the military is key to getting a college education. 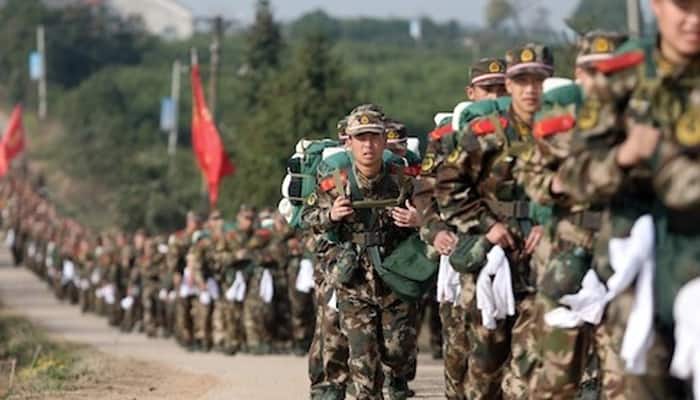 The Chinese government is scrambling to impose strict penalties on youth who are either refusing to serve in the military, or are seeking discharge from service. The punishments, which are being announced publicly, seem to have a clear goal of discouraging people from abandoning the military. And the punishments would prohibit these individuals from getting a government job or from travelling abroad.

The Chinese government-owned Global Times carried an article on a report in a local newspaper on the harsh punishments handed to four youth in the Fujian province of East China. "It's the latest report on young people being punished for abandoning the army," declared the article.

Quoting the local media report, the article said the four young men in question had joined the army voluntarily, they had asked to be discharged in a matter of months. A government notice that was published on its website as well as in local media said the four men had claimed they thought they were unfit for a military life.

"The four people violated the Military Service Law and their behavior has created a bad social influence. Therefore, they were each fined 50,000 yuan ($7,930) and have been banned from employment at government agencies or State-owned companies for three years," the statement from the government said.

And here is the actual stinger. "Refusing to serve in the army" would be written into the hukou of these individuals for the period of penalties, while the world and "shameful" would be entered into it permanently. The hukou is a sort of household registration system that the Chinese Communist Party (CCP) also wields as an internal passport. The hukou ties you to the town or city of village of your birth, and you cannot legally work outside of this area unless your application to move to a different city has been approved.

The lack of opportunity in the rural regions, combined with the refusal of hukou changes are what have led to a situation where about two-thirds of Beijing's population are believed to be living in the city illegally. This means they do not have the cover of government healthcare, their children cannot enrol in the government schools and they live with the threat of arrest at all times for illegally living in a city without the hukou permit.

The report also noted that 17 men from Jilin in Northeast China had been blacklisted on the country's social credit system because they quit the army.

The People's Liberation Army is the Chinese Communist Party's primary tool for the maintenance of power through force. The Chinese government has been faced with a rising disinterest and indifference among the country's youth in the government, as was made clear by the case of the reporter who rolled her eyes at a question at a recent high-level government event that turned out a little too charitable to the government.

The CPC desires strict social control and could view these defections from the army as something that could lead to a domino effect of demands for social change. Perhaps that is why it finds the need to make a public show of such deserters.