Michiyo Tsujimura was a Japanese agriculture scientist known for her pioneering research on the health properties of green tea. She was the first woman in Japan to receive a doctoral degree in agriculture. 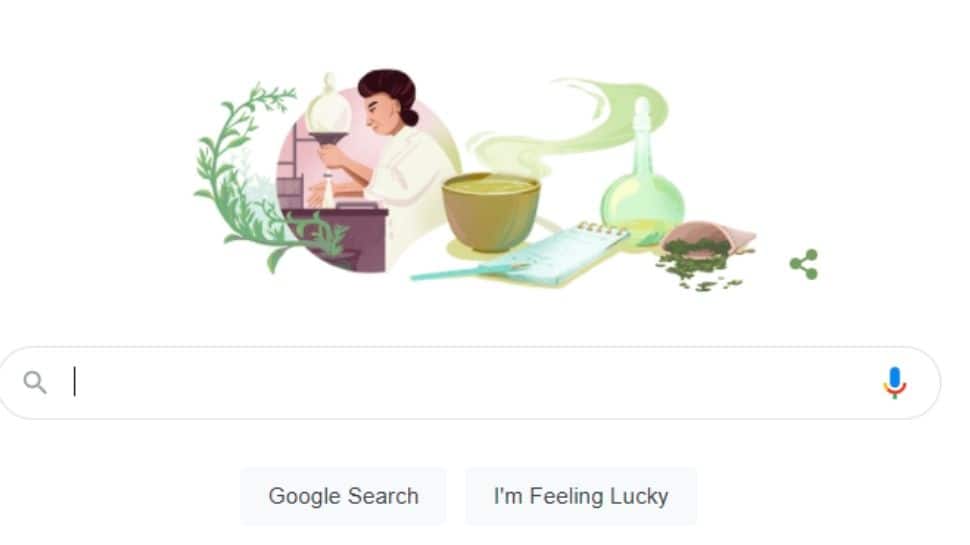 Today (September 17, 2021), Google, through its doodle, is paying tribute to Michiyo Tsujimura, a Japanese agriculture scientist, on the occassion of her 133rd birth anniversary.  Tsujimura was the first woman in Japan to receive a doctoral degree in agriculture and her research focused on the health properties of green tea, a beverage that has grown in popularity in today's fitness-conscious world.

Tea scientist Michiyo Tsujimura was born in 1888 in Okegawa in Saitama Prefecture of Japan. A female scientist in the 19th century was not a common occurence and Tsujimura had her own shares of struggle in her professional journey. She started her career as an unpaid laboratory assistant at Hokkaido Imperial University at a time when the university did not even accept female students.

After a few years later, Tsujimura joined the Tokyo Imperial University and along with Dr Umetaro Suzuki, who is famous for his discovery of vitamin B1, she began researching the biochemistry of green tea. They found out that green tea contained significant amounts of vitamin C - this was the first of many yet unknown molecular compounds in green tea that awaited under the microscope.

During the course of her research, she found out what made green tea bitter. Tsujimura isolated flavonoid catechin in 1929, which is the bitter ingredient of tea. After one year, she extracted tannin in crystal form from green tea. It was in 1932 that her findings on the constituents of green tea - her research paper 'On the Chemical Components of Green Tea' - led her to graduate as Japan’s first woman doctor of agriculture from Tokyo Imperial University.

Tsujimura also made a name for herself as an educator. There were many firsts in this section too for her.  In 1949 she became a professor at Ochanomizu University. She was a professor at Tokyo Women's Higher Normal School from 1950 and was also the Faculty of Home Economics' first dean. and in 1956 she was awarded the Japan Prize of Agricultural Science.

At the age of 81, Tsujimura passed away in 1969. A memorial in her memory can be visited till date in Okegawa City.

India rejects reports of US' over-the-horizon strikes in Afghanistan