Not wearing masks in public will now be a criminal offence with the risk of arrest and up to six months in prison if convicted. 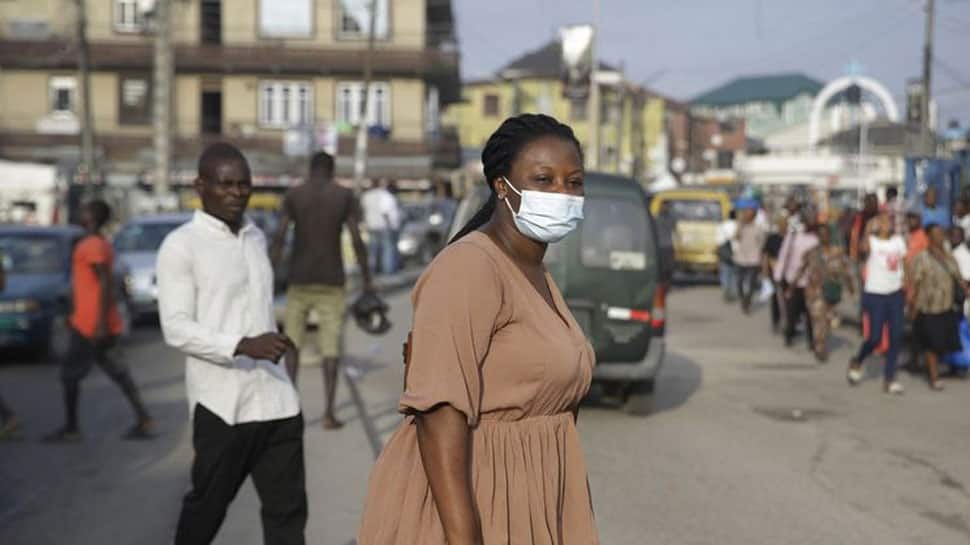 Johannesburg: South African President Cyril Ramaphosa has intensified restrictions in the country and re-imposed a ban on the sale of liquor amid a rise in COVID-19 cases in the past one week. Not wearing masks in public will now be a criminal offence with the risk of arrest and up to six months in prison if convicted.

"(We) have decided to put the country on an adjusted level three from level one with immediate effect from midnight tonight," Ramaphosa said, adding that some of the level three restrictions would be further strengthened to reduce the potential for further transmission of the virus.

South Africa uses a five-level strategic approach to lockdowns, but Ramaphosa on Monday said there has to be a balance between keeping the economy open and the need to save lives as a new variant of coronavirus is spreading faster than the first and is also affecting young people now.

"We are at an extremely dangerous point in our fight against the pandemic. Yesterday (On Sunday), we passed the mark of more than one million confirmed coronavirus cases in our country," the president said.

Nearly 27,000 South Africans are known to have died from COVID-19. The number of new coronavirus infections is climbing at an unprecedented rate. "More than 50,000 new cases have been reported since Christmas Eve,’’ Ramaphosa said.

"The rapid rise in infections is being fuelled by so-called super-spreaders events, including end-of-year functions, family and social gatherings, and music and cultural events. This is a cause for great alarm, and points to an extreme lack of vigilance over the holiday period," he said, adding that "we have let down our guard, and unfortunately we are now paying the price."

The president said since the relaxation of previous restrictions on the sale of alcohol, the increased number of trauma cases at hospitals had put a severe strain on already overburdened medical staff and facilities.

"Our hospitals, both private and public, are already close to full capacity in a number of provinces, and ICU beds are either full already or rapidly filling up. Several provinces are hard at work to prepare additional beds, ventilators and oxygen to respond to this increase,” he said.

"Our frontline healthcare workers, who have put their lives on the line over the past nine months to care for the ill, are becoming infected in higher numbers. They are exhausted, and they are struggling under the strain of the second wave,” he added.

Ramaphosa warned people who have largely become complacent in observing non-pharmaceutical interventions such as wearing masks and maintaining social distancing. "Unless we act now and unless we act decisively, the number of new infections will far exceed what we experienced during the first wave and thousands of more people will lose their lives," he said.

Under the adjusted level three regulations, all indoor and outdoor gatherings will be prohibited until January 15, except for funerals, which may not be attended by more than 50 people, with proper social distancing plans in place.

He announced that 26 major cities across the country had now been declared hotspots which might face even more severe restrictions. The president called for the traditional New Year's Eve revelry in three days' time to be converted to a remembrance occasion in memory of those who have succumbed to COVID-19 and in support of frontline workers by joining him, wherever they might find themselves at the time, to light a candle instead of the traditional fireworks and big parties.