Would like to thank Crown Prince for grand temple: Narendra Modi 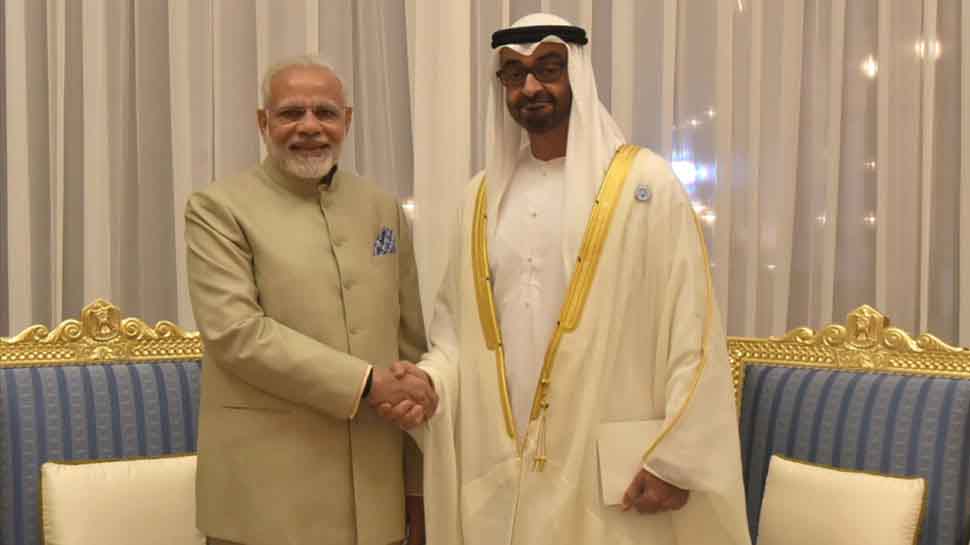 At a gathering of the Indian community at the Dubai Opera House, Modi said, "I want to thank His Highness Crown Price on behalf of 125 crore Indians for the grand temple which will be constructed."

"I believe this temple will not be only unique in terms of architecture and splendour, but will also give a message of `Vasudhaiva Kutumbakam` to people across the world", he added.

The onus on all us Indians is that we must uphold the principles of tolerance and peace.

However, he asserted that a lot of work had to be done."India`s jump in World Bank`s Ease of Doing Business Rankings from 142 to 100 is unprecedented.

But we are not satisfied with this, we want to improve even more.

"I had a very eventful meeting in Abu Dhabi and am very touched by your rousing welcome.

I assure you that we will work together to bring to reality the dreams you see, here and in India," he concluded.Before the address, Prime Minister Modi inaugurated the BAPS Temple project via video conferencing.Earlier, Prime Minister Modi paid his tributes to the Emirati soldiers at Wahat Al Karama memorial in Abu Dhabi on Sunday.

He was accompanied by the Crown Prince of Abu Dhabi, Sheikh Mohammed bin Zayed Al Nahyan, and other officials.On Saturday evening, Prime Minister Modi arrived in the UAE after completing a successful historic visit in Palestine.India and the UAE on Saturday signed five Memorandum of Understandings (MoUs) at the Presidential Palace in Abu Dhabi.

The Prime Minister other high-level engagements include a bilateral meeting with UAE Vice-President, Prime Minister and Ruler of Dubai, Sheikh Mohammad Bin Rashid Al Maktoum and other UAE government officials.

He is also scheduled to give a keynote address at the World Government Summit in Dubai on Sunday, in which India is the guest of honour.After the events, the Prime Minister will leave for Oman, which is his last-leg of the four-nation Middle East tour and will return back to New Delhi on Monday.