A National Security Council spokeswoman said the Biden administration continued to have "serious questions about the earliest days of the COVID-19 pandemic." 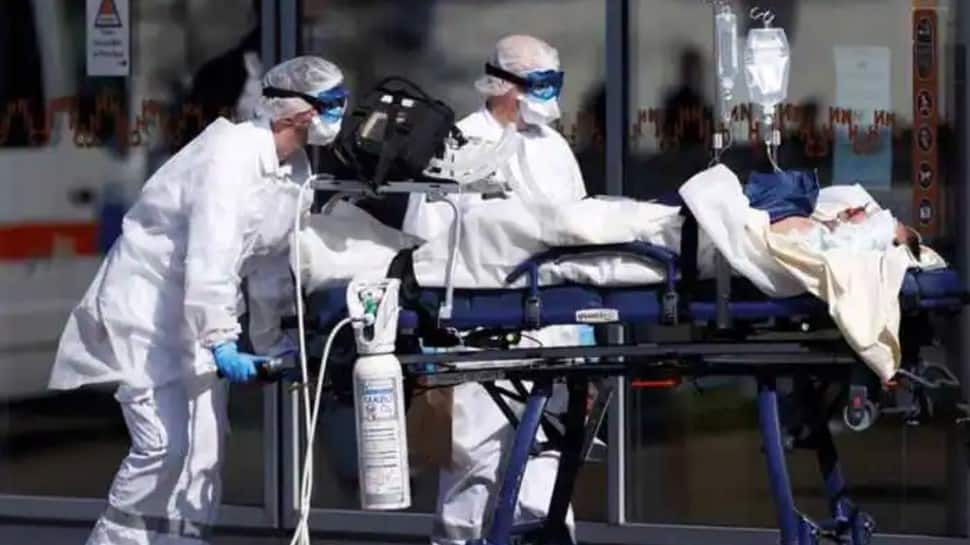 The newspaper said the report - which provides fresh details on the number of researchers affected, the timing of their illnesses, and their hospital visits - may add weight to calls for a broader probe of whether the COVID-19 virus could have escaped from the laboratory.

The report came on the eve of a meeting of the World Health Organization`s decision-making body, which is expected to discuss the next phase of an investigation into the origins of COVID-19.

A National Security Council spokeswoman had no comment on the Journal's report but said the Biden administration continued to have "serious questions about the earliest days of the COVID-19 pandemic, including its origins within the People's Republic of China."

She said the U.S. government was working with the WHO and other member states to support an expert-driven evaluation of the pandemic`s origins "that is free from interference or politicization."

"We`re not going to make pronouncements that prejudge an ongoing WHO study into the source of SARS-CoV-2, but we`ve been clear that sound and technically credible theories should be thoroughly evaluated by international experts," she said.

The Journal said current and former officials familiar with the intelligence about the lab researchers expressed a range of views about the strength of the report`s supporting evidence, with one unnamed person saying it needed "further investigation and additional corroboration."

The United States, Norway, Canada, Britain and other countries in March expressed concerns about the WHO-led COVID-19 origins study, and called for further investigation and full access to all pertinent human, animal and other data about the early stages of the outbreak.

Washington is keen to ensure greater cooperation and transparency by China, according to a source familiar with the effort.

The Chinese Embassy in Washington did not immediately respond to a request for comment on Sunday.

On Sunday, China`s foreign ministry noted that a WHO-led team had concluded a lab leak was extremely unlikely after a visit in February to the virology institute. "The U.S. continues to hype the lab leak theory," the ministry said in response to a request for comment by the Journal. "Is it actually concerned about tracing the source or trying to divert attention?"

The Trump administration had said it suspected the virus may have escaped from a Chinese lab, which Beijing denies.

A State Department fact sheet released near the end of the Trump administration had said "the U.S. government has reason to believe that several researchers inside the WIV became sick in autumn 2019, before the first identified case of the outbreak, with symptoms consistent with both COVID-19 and common seasonal illnesses." It did not say how many researchers.

China refused to give raw data on early COVID-19 cases to the WHO-led team probing the origins of the pandemic, according to one of the team’s investigators, Reuters reported in February, potentially complicating efforts to understand how the outbreak began.