Sources told Zee Media that AAP convenor Arvind Kejriwal was considering two dates - February 14 and 16 - to take oath as the chief minister of Delhi for the third time. 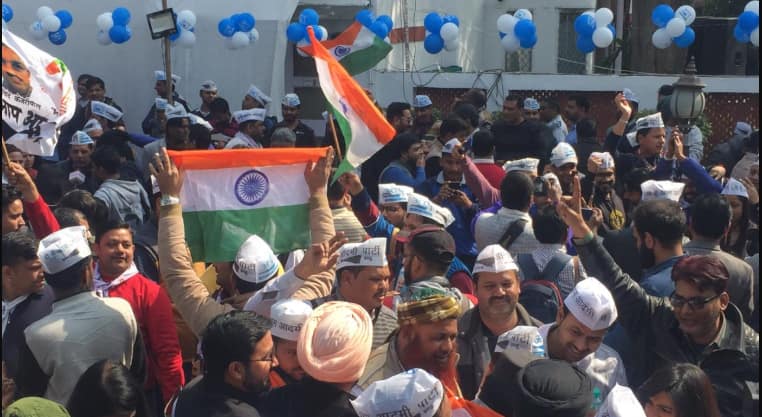 Senior AAP leader Gopal Rai said on Tuesday (February 11) that the party's national convener Arvind Kejriwal has called a meeting of the newly-elected AAP MLAs at his residence on Wednesday (February 12) to elect the new legislature party leader.

Rai said that the meeting is scheduled to start at 11.30 am at Kejriwal's official residence. Sources told Zee Media that Kejriwal was considering two dates - February 14 and 16 - to take oath as the chief minister of Delhi for the third time. It is expected that the oath-taking ceremony would take place at Delhi's iconic Ramlila Maidan. The AAP leaders and supporters are planning a grand oath-taking ceremony.

After the selection of the Legislature Party leader, Kejriwal will apprise Lieutenant Governor Anil Baijal about the party's decision and thereafter a notification will be issued by LG Baijal.

Kejriwal-led AAP registered a landslide victory on Tuesday in the high-stakes Delhi Assembly election 2020, winning 62 out of 70 seats. The BJP won just 8 seats and the Congress failed to open its account once again.

AAP's victory is also crucial since the high-decibel election in Delhi was fought in the midst of massive protests against the Citizenship Amendment Act (CAA) and a galaxy of BJP heavyweights who aggressively campaigned for the saffron party.

The AAP's stunning victory comes nearly eight months after it suffered a severe drubbing in the 2019 Lok Sabha election during which the party drew a blank while the BJP won all the seven seats in Delhi.

After AAP's win, party supporters dance to this famous song of Manoj Tiwari