This was Sunrisers Hyderabad's third defeat in a row and are the only side who are yet to open their account in the ongoing edition. 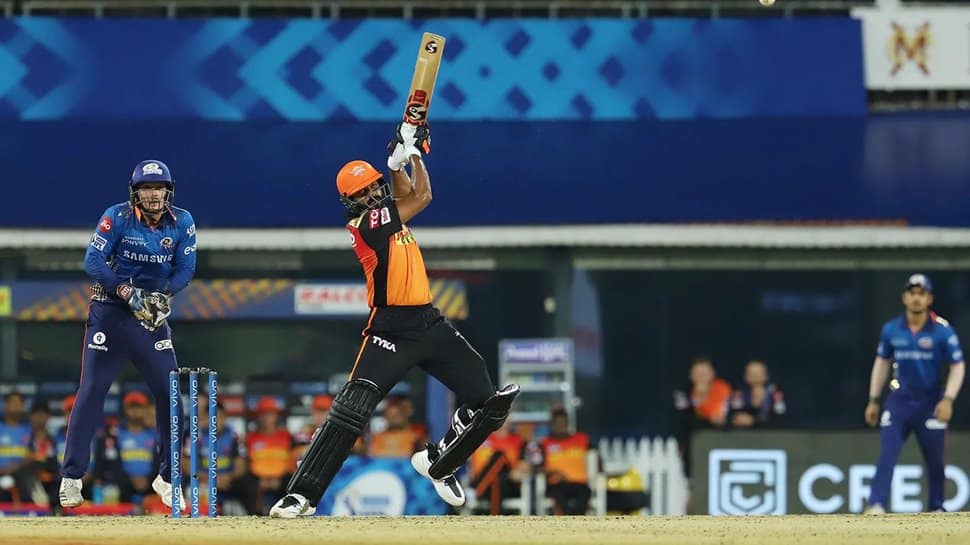 A clinical effort by Rahul Chahar saved the day for Mumbai Indians as the defending champions went on to defend another low-scoring total during the Indian Premier League clash against Sunrisers Hyderabad in Chennai on Saturday. Chasing a paltry 151, the Mumbai bowlers displayed a fine effort as they bundled up Sunrisers for 137 in 19.4 overs and won the contest by 13 runs.

Earlier this week, Mumbai had achieved something similar against Kolkata Knight Riders, when they successfully defended 152 runs. Meanwhile, this was Sunrisers' third defeat in a row and are the only team who are yet to open their account in the ongoing edition.

That's that from Match 9 of #VIVOIPL.

Stupendous bowling performance from @mipaltan as they bowl out #SRH for 137 and win by 13 runs.

Chahar scalped a total of three wickets in his four-over quota, which included the prize wicket of in-form batsman Manish Pandey.

Sunrisers started the chase on a solid note with skipper David Warner and fellow opening partner Jonny Bairstow adding 67 for the opening wicket. Just when things looked in control for SRH, Krunal Pandya provided Mumbai with the first breakthrough as Bairstow tried to hit the spinner's wide delivery going down the leg stick, but instead knocked the bails off his foot.

Following his dismissal, Pandey was sent back to the dugout in the following over bowled by Chahar, after which Warner also returned to the pavilion soon, courtesy to a sharp fielding effort by Hardik Pandya.

Vijay Shankar tried to ignite some fire in Sunrisers fallen run-chase but he too was sent back in the hut by Jasprit Bumrah in the penultimate over.

Earlier in the evening, Mumbai Indians got off to a great start after opting to bat first. Quinton de Kock found some form back as he and MI skipper Rohit Sharma got off to a good start. The pair added over 50 runs for the first wicket. During the course of the partnnership, Rohit Sharma also broke MS Dhoni's unique record to become the Indian batsman to hit most number of sixes in the IPL.

Apart from Rohit and De Kock, Kieron Pollard played an unbeaten knock of 35 off 22 balls as Mumbai piled a challenging 150/5 in 20 overs. During the course of his innings, Pollard also went on to hit the longest six of IPL 2021 and became the sixth batsman to hit 200 sixes in the history of the league.