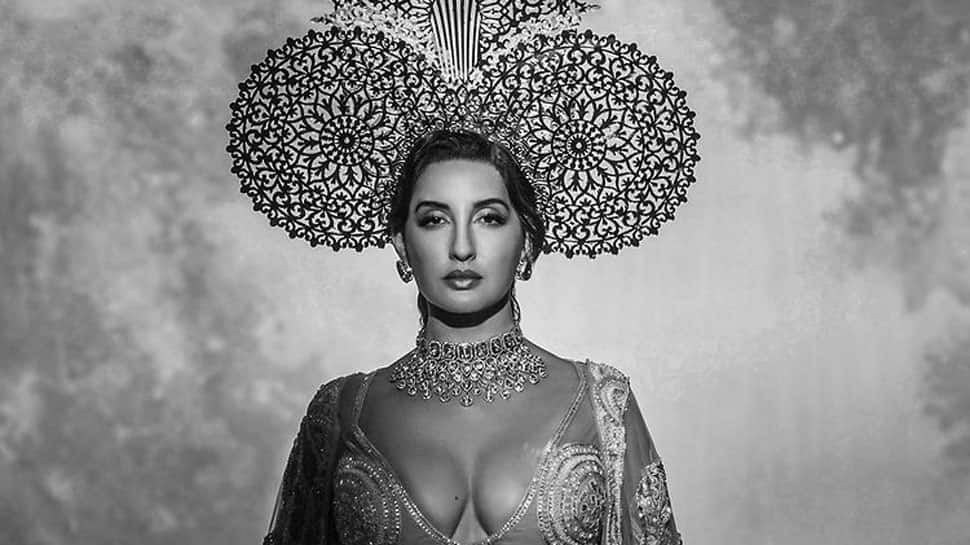 New Delhi: The Moroccan beauty Nora Fatehi has done it again! Upping the hotness quotient, and leaving her fans surprised. The gorgeous beauty turned muse for famous designer duo Abu Jani and Sandeep Khosla's latest dream project 'Into The Lights'- a small film which they call it 'beyond fashion'.

Nora Fatehi turned into a 'divine sorceress' for the project. She wrote in her Instagram (IG) caption: Nora, the Numinous. Nora Fatehi is all set to dazzle as the Divine Sorceress in 'Into the Light'. Her other-worldly charm, radiant charisma and ever-shining heart are the ideal complements to the film that celebrates fashion and so much more. 'Into the Light' by Abu Jani Sandeep Khosla and Joseph Radhik will rise tomorrow.
@norafatehi

Abu Jani and Sandeep Khosla also dropped a few images and videos on IG. The caption reads: Enter the Dream, The night, like our hearts, is a young and wild thing. ‘Into the Light - a film by Abu Jani Sandeep Khosla and Joseph Radhik that celebrates couture like never before.

‘Into the Light’ has finally conjured a long brewing fantasy. For the past year, Abu Sandeep have been captivated by the possibility of creating a film that goes far beyond fashion. Much before ‘Into the Light’ manifested as reality, Sandeep had written to Joseph about the idea, knowing well in his heart that only they can bring this hypnotizing dream to fruition. A very Special Thank You to @norafatehi

The Moroccan beauty was first seen in the reality show Bigg Boss season 9. She made her Bollywood debut with Roar: Tigers of the Sundarbans. Her popularity in Telugu cinema began with hit songs in films such as Temper, Baahubali: The Beginning and Kick 2.