EPL: Smiling Ole Gunnar Solskjaer can do no wrong

Solskjaer is making an ever-more compelling case to be made permanent manager, the results and the easy rapport he has with supporters and players is working in his favour. 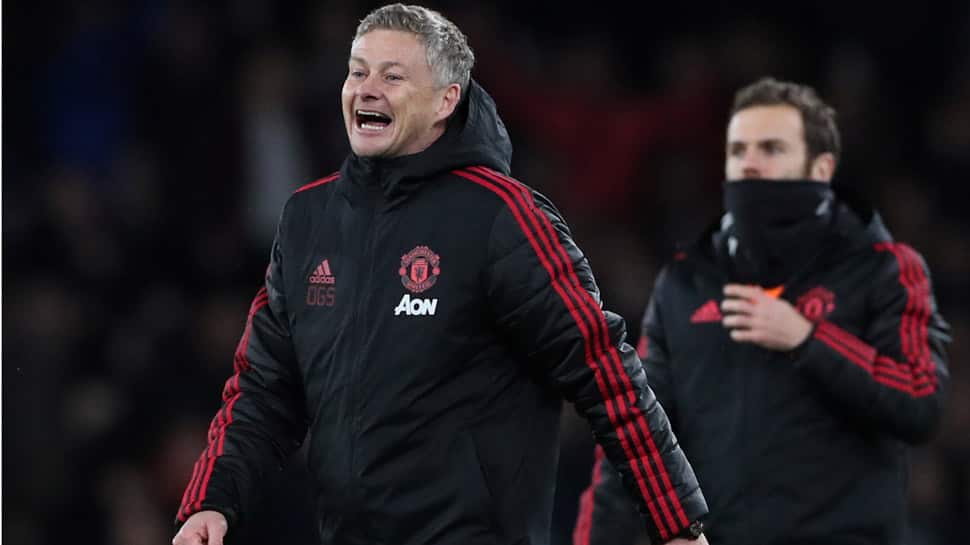 Had the Premier League season begun the day Ole Gunnar Solskjaer took over, Manchester United would be on top.

The Norwegian not only instantly transformed the dour mood under sacked manager Jose Mourinho, leading to a rampant first win against Cardiff City 5-1, but has managed to keep it going game-after-game.

Sunday's win over Leicester City, his seventh in eight league games that have also included one draw, means Manchester United have won four more points than any other Premier League team since he sent them out at Cardiff on December 22.

No wonder the despondency felt by Manchester United fans, who have had a torrid time since Alex Ferguson's departure in 2013, has been forgotten in a cacophony of "Ole!"s.

On Sunday, they serenaded him long before Marcus Rashford fired the winning goal in the first half.

After the final whistle, Solskjaer repaid them with clenched fist and applause at the away end of the King Power stadium.

"They are the best in the world," Solskjaer, 45, said of the fans, still smiling after the match despite acknowledging his team had put in an under-par performance by recent standards.

The result meant Manchester United have won five consecutive away matches in all competitions for the first time since October 2012 under Ferguson.

It also left them within two points of the top four, a fading prospect in Mourinho's final days.

"The players are making each other better," Solskjaer said, asked about the transformation in Rashford and midfielder Paul Pogba, a scowling symbol of discord during the Mourinho era who is now creating goals at will.

Loaned by Norwegian club Molde until the end of the season, Solskjaer is making an ever-more compelling case to be made permanent manager, given results and the obvious easy rapport he has with supporters and players.

Even before his managerial days, the affable, baby-faced Solskjaer was a hero at Old Trafford, he scored within six minutes of his 1996 United debut and got the injury-time winner in their 1999 Champions League final win over Bayern Munich.

Earlier on Sunday, Solskjaer made clear his former bosses would sanction his staying in England.

Much was made of his relatively easy start at Manchester United, but last month he steered them to impressive away wins at Arsenal in the FA Cup and Tottenham in the Premier League.

This month, he faces severe tests against Paris St. Germain in the Champions League, Chelsea in the FA Cup and Liverpool in the Premier League.

Should the unbeaten run continue through those fixtures, the Old Trafford hierarchy will be hard-pressed to say 'Adios'.