Addressing a press conference in the national capital, Union Minister Ravi Shankar Prasad said, "Why is the Congress, Mamata Didi and all those who questioned the Batla House encounter silent now after the court's verdict in this case.'' 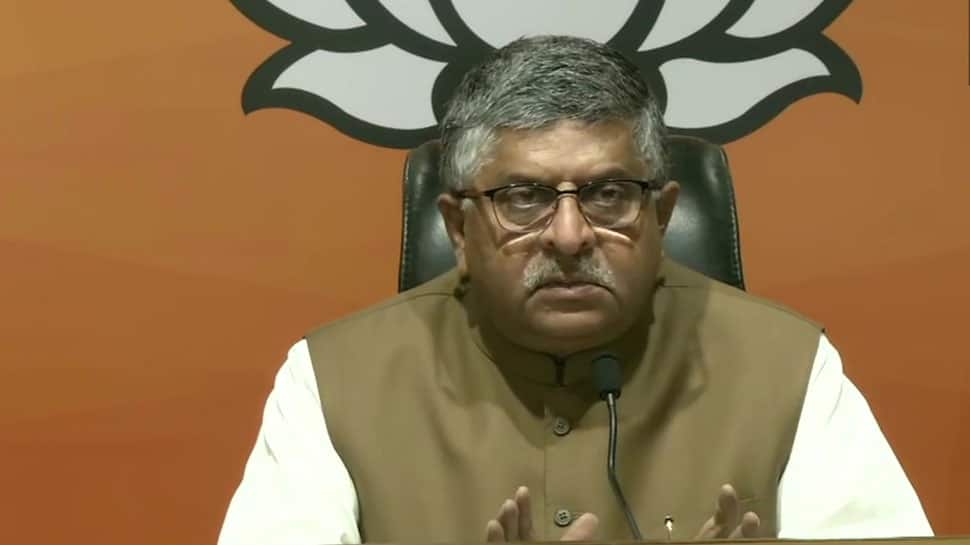 NEW DELHI: The ruling BJP at the Centre came down heavily on the Congress-led opposition parties for questioning the Batla House encounter in 2008, a day after a Delhi court convicted an Indian Mujahideen operative Ariz Khan for killing Delhi Police Inspector Mohan Chand Sharma.

Addressing a press conference in the national capital on Tuesday, Union Minister Ravi Shankar Prasad said, "Why is the Congress, Mamata Didi and all those who questioned the Batla House encounter silent now after the court's verdict in this case.'' 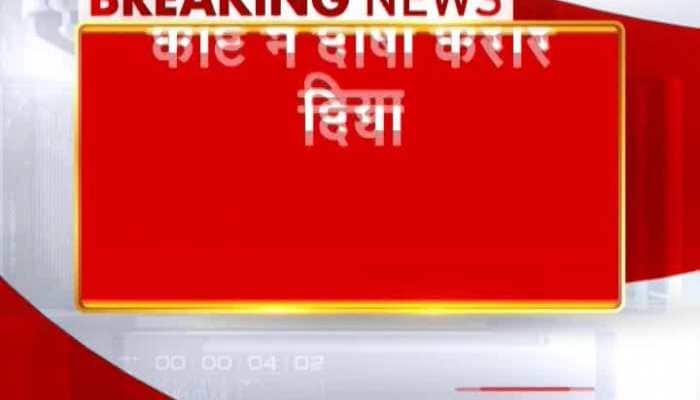 Slamming the opposition parties for their questionable conduct in the case, which came as a big blow to the morale of the Delhi Police, Prasad said, "The BJP slams the leading opposition parties for failing to rise above petty politics over a very sensitive issue linked to the country's security and questioning the action of the law and enforcement agencies. Will they apologise now after the court convicted an IM operative for killing a decorated Delhi Police officer during the Batla House encounter.''

"You might have listened to Salman Khurshid say that Sonia Gandhi had tears in her eyes when she got to know that two terrorists have been killed,'' Union Minister Ravi Shankar Prasad said while reacting to the Delhi Court convicting Ariz Khan in Batla House encounter case.

"There was conscious, deliberate & consistent attempt to cast serious doubt over the authenticity of Batla House incident designed to weaken the morale of Delhi Police & give clear support to terrorist & their design for pure vote bank politics,'' Prasad said, adding why can't the political parties speak in one voice on matters of national security.

The hard-hitting reaction from the BJP came a day after a Delhi court convicted Indian Mujahideen terrorist Ariz Khan in the case of the 2008 Batla House shootout which he had escaped. His sentencing has been scheduled for next Monday.

Announcing its verdict in the case, Delhi Court on Monday said that Ariz Khan intentionally caused the murder of encounter specialist and Inspector Mohan Chand Sharma.

Additional Sessions Judge Sandeep Yadav said the evidence produced by the prosecution duly proved the case beyond a reasonable doubt. The judge was quoted by PTI as saying it was "duly proved that Ariz Khan and his associates caused the murder of the police officer and fired gunshot on him."

"Khan, along with his associates, voluntarily caused grievous hurt to public servants. The accused intentionally and voluntarily caused the murder of Inspector MC Sharma by use of gunshot," Additional Sessions Judge Sandeep Yadav said.

The judge said that Khan and his associates also caused hurt to Head Constables Balwant Singh and Rajbir Singh. He further added that the evidence produced on record leaves no matter of doubt that the prosecution has proved the case beyond all reasonable doubt and that the accused is liable to be convicted.

The court will hear arguments on the quantum of sentence on March 15 at 12 noon. It has also directed the investigating officer to conduct an inquiry to ascertain the financial ability of Khan and his family to give compensation to the victims.

Khan is also the alleged mastermind of the 2008 serial blasts across Delhi, Rajasthan, Gujarat, and Uttar Pradesh.

In 2013, one Shahzad Ahmed, who, too, had escaped the Batla House shootout with Khan, was convicted and sentenced. Two of their accomplices, Atif Amin and Mohammed Sajid, were killed in the incident. A third, Mohammed Saif, was arrested from the location. Delhi Police Inspector Mohan Chand Sharma lost his life while two other officers were injured.

Ariz Khan, a native of Azamgarh in Uttar Pradesh, was arrested by the Delhi police's Special Cell in February 2018.

The multiple bombings that rocked cities like Jaipur and Ahmedabad, apart from the national capital itself, in 2008 saw 165 people losing their lives and over 500 injured in all. A reward of Rs 15 lakh had been declared on him, besides an Interpol Red Corner Notice.