The six diesel-electric P-75I submarines for the Indian Navy will have advanced air-independent propulsion systems. They will be able to fire vertical launched BrahMos supersonic cruise missile against the sea and land-based targets as well as carry tube-launched torpedoes to take on enemy submarines. 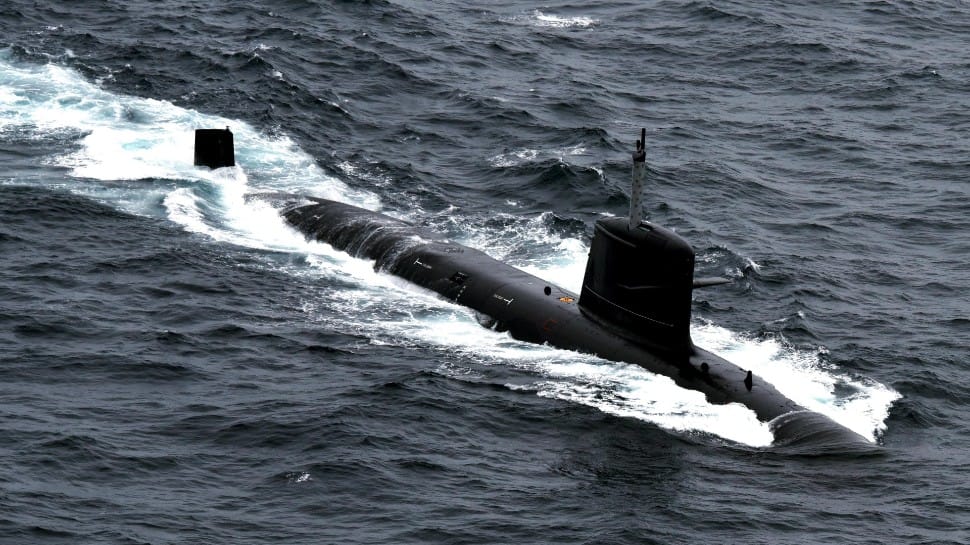 INS Kalvari is the first of the six Scorpene class submarines built under Project 75.The submarine was commissioned on December 14, 2017. Photo Credit: Indian Navy Website
Share:
Written By:

Indian Navy's Project 75 India (P-75I) attack submarine project got a major boost on Tuesday with the Defence Acquisition Council (DAC) headed by Defence Minister Rajnath Singh clearing the short-listing of Indian Strategic Partners (SP) and the potential Original Equipment Manufacturers (OEMs) for the over Rs 50,000 crore project. Under the P-75I project, the Indian Navy will get six conventional submarines, all of which will be manufactured in the country.

In order to stay submerged for longer duration and increase their operational range, the six diesel-electric P-75I submarines will have advanced air-independent propulsion systems. They will be able to fire vertical launched BrahMos supersonic cruise missile against the sea and land-based targets as well as carry tube-launched torpedoes to take on enemy submarines. They will be follow-on of Project 75 Kalvari-class submarines, two of which have already joined the Indian Navy.

Giving a further impetus to the Make in India project, the DAC meeting, which was also attended by Chief of Defence Staff (CDS) General Bipin Rawat, also gave the go-ahead to buy sophisticated Electronic Warfare Systems worth over Rs 5,100 crore for the Indian Army designed by Defence Research and Development Organisation (DRDO) and manufactured locally by the Indian industry. Electronic Warfare Systems will be used in deserts and plains and ensure comprehensive Electronic Support and Counter Measure capabilities to the field formations in both communication and other aspects of Electronic Warfare.

With an aim to ensure the safety of the battle tanks, the DAC also approved the prototype testing of trawl assemblies designed by DRDO for T-72 and T-90 Main Battle Tanks. The indigenous de-mining capability to the Army's tanks will be enhanced with the trawl assemblies creating a Vehicle Safe Lane (VSL) through a minefield in the event of a war.

The P-75I is under the 'Strategic Partnership Model' which started in 2017. The Indian company will play a transformational role in building an eco-system in the country, comprising development entities, specialised vendors and suppliers; especially those from the Micro, Small & Medium Enterprises (MSME) sector. The strategic partner model will also ensure the rise of India as a manufacturing hub for defence equipment, in addition to establishing an industrial and Research and Development eco-system capable of meeting the future requirements of the Indian armed forces besides giving a boost to exports.

The DAC also accorded approval for inclusion of Innovations for Defence Excellence (iDEX) in the Defence Procurement Procedure. This would provide avenues in capital procurement for the Armed Forces to startups and innovators working for iDEX and provide a huge fillip to their budding efforts.

The DAC meeting was the first one in 2020 and after General Rawat became India's first CDS. The decisions were taken with the mandate given to the CDS and the newly-constituted Department of Military Affairs to promote the use of indigenous hardware by the Indian armed forces.