While PM Narendra Modi sent a strong signal on Kashmir issue while at the G7 Summit in France, Imran Khan vented his frustration in an address to his nation. 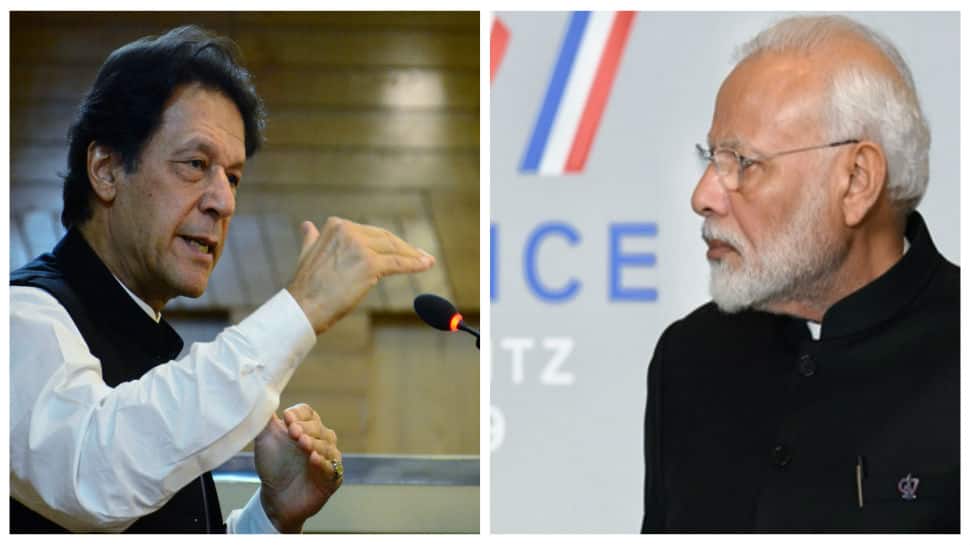 India and Pakistan have always painted quite the contrasting picture. One is a country where democracy thrives and the other has seen military dictatorships galore. One is a shining example of secularism while the other has opted to shelter and support terrorists to wage proxy wars. One has one of the fastest-growing economies while the other has had to repeatedly call for bailout packages.

These contrasting pictures were best summed up by the Prime Ministers of both countries on Monday. As Prime Minister Narendra Modi rubbed shoulders with leaders from the G7 countries in France's Biarritz, talking about a range of issues which affect the world community, Imran Khan addressed his nation and - yet again, cried foul over the Kashmir issue. In a blatant example of how isolated Pakistan is, Imran even said that his country is ready to go to any extent with or without the support of world superpowers.

Both PM Modi and Imran Khan spoke of the Kashmir issue but their views were vastly different. While PM Modi, in a press address with US President Donald Trump, highlighted that Kashmir is a bilateral issue between India and Pakistan and that it requires no third-party intervention, Imran once again made the false claim of Kashmiri people being oppressed. No one in Kashmir needs or has been asking for help but the Pakistan PM offered it nonetheless. If that was not a sorry expose of his desperation, a belligerent Imran even spoke of nuclear weapons that both India and Pakistan possess.

So, while PM Modi said India and Pakistan are more than capable of ironing out their differences, Imran spoke of oppression, war, nuclear weapons and 'a historic mistake made by PM Modi.'

Pakistan is clearly spooked. Imran is clearly under pressure. And there are reasons for both. While India revoked Article 370 in Jammu and Kashmir on August 5 to truly integrate the erstwhile state, the country maintained that it is its internal matter. That it was an internal matter of India was also recognised by most countries in the world, much to the ire of Pakistan which has been trying its best to indulge in a cacophony.

In his address to his nation on Monday, Imran even said that it was 'a historic mistake by PM Modi.' Ironically enough, on the same day, Trump called PM Modi a 'great friend' and even mentioned that he had been assured PM Modi has Kashmir-related matters 'under control.'

What is ironical as well as interesting about Trump's statement is that Pakistan had been thumping its chest when the US President had previously said he is ready to mediate in the Kashmir issue. Trump had also, falsely, said that PM Modi had asked him to mediate at a previous meeting between the two. When they met on Monday, PM Modi made things amply clear. "All issues between India and Pakistan are bilateral in nature, that is why we don't bother any other country regarding them," he said.

With each passing day, the process of Pakistan's isolation in the world arena has taken bold strides. The country did not take kindly to the UAE awarding PM Modi with its highest civilian honour. The attempt to rake up Kashmir did not find much support, even from Islamic countries. The US wants dialogue between India and Pakistan but did not interfere with the matter pertaining to Article 370.

All of these have led to a number of Pakistani ministers openly saying that the world community cannot be relied on to take action against India. This was said as much by Imran as well when he referred to the superpowers of the world.

What has compounded troubles for Imran is not just the world's snub to Pakistan on Kashmir issue but a growing political pressure within his own country. A number of opposition leaders in Pakistan have accused him of 'selling out' on the Kashmir issue. They are planning massive protests in a bid to snatch power. There are also allegations that he is merely a puppet of the Pakistan Army and the ISI. And then there are unfulfilled promises of repairing the economy which remains as shambolic as ever.

The options left for Pakistan are increasingly evaporating and this is perhaps why the country is now trying to resurface using Kashmir as a life jacket. The only problem remains that with India ruling the proverbial waves courtesy its correct, fair and legitimate means, no one in the world is throwing that life jacket towards Pakistan.