Dense fog and cold wave conditions continued to engulf the national capital, which is likely to record the coldest day on Monday (December 30) for the month of December in the last 119 years, according to the India Meteorological Department (IMD). 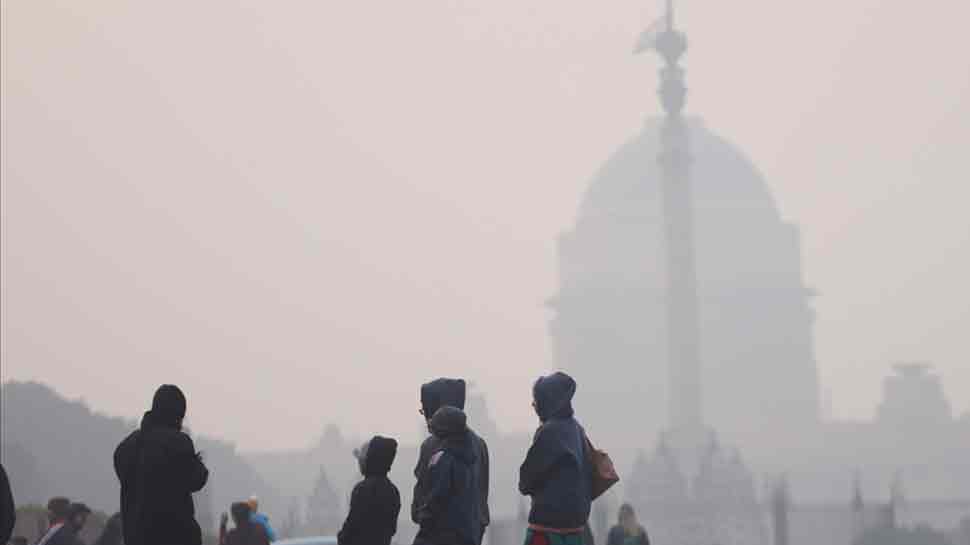 New Delhi: Dense fog and cold wave conditions continued to engulf the national capital, which is likely to record the coldest day on Monday (December 30) for the month of December in the last 119 years, according to the India Meteorological Department (IMD). Monday in the capital witnessed the coldest trend with Safdarjung recording a temperature of 9.4 degree Celsius at 2.30 pm.

On December 29, the dense fog covered Delhi`s cantonment area and a minimum temperature of 2.5°C was recorded, while on Saturday, the India Meteorological Department (IMD) had issued a `red` warning for the capital as cold wave conditions continued unabated in the region.

From December 31 onwards, rain is likely in the capital city and its adjoining areas such as Noida, Gurugram, Ghaziabad, and Faridabad. This weather phenomenon is likely to continue till January 3, predicted the weather forecast agency.

Meanwhile, Jaipur today recorded second lowest-ever temperature in 55 years at 1.4 degrees Celsius as a cold wave continued to sweep Rajasthan, according to weather officials. Rajasthan's capital had registered its lowest ever temperature at 0 degree Celsius on December 13, 1964.

For the last four days, the temperature has been dipping in Rajasthan. On Sunday, Mount Abu was the coldest at -3 degrees. Other cities in the state that witnessed the decline in temperature today are:

Most parts of Punjab and Haryana also saw a slight rise in the mercury despite dense fog and Faridkot town was the coldest in the region with a minimum temperature of 0.7 degree Celsius, a weather official said on Monday.

The weather official in Chandigarh told IANS, "We have recorded a slight rise in the mercury in most parts of Punjab and Haryana. We have predicted a dip, especially during nights, in the coming days."

Punjab`s Amritsar city recorded 1.2 degrees Celsius, two degrees below normal for this time of the season, and industrial city Ludhiana and Patiala registered a minimum temperature of 4.6 and 4.5 degrees Celsius, respectively.

Chandigarh, which is the joint capital of Punjab and Haryana, recorded a minimum temperature of 3.5 degrees Celsius, a rise from Sunday`s 2.9 degrees.

In neighbouring Haryana, Ambala saw a minimum temperature of 2.7 degrees Celsius while Karnal and Hisar were 2.8 and 3.6 degrees respectively.

Narnaul and Rohtak towns saw the night temperature at 1.5 and 1.2 degrees respectively.