The telephone numbers released by the Railways can be reached for information on the injured people. 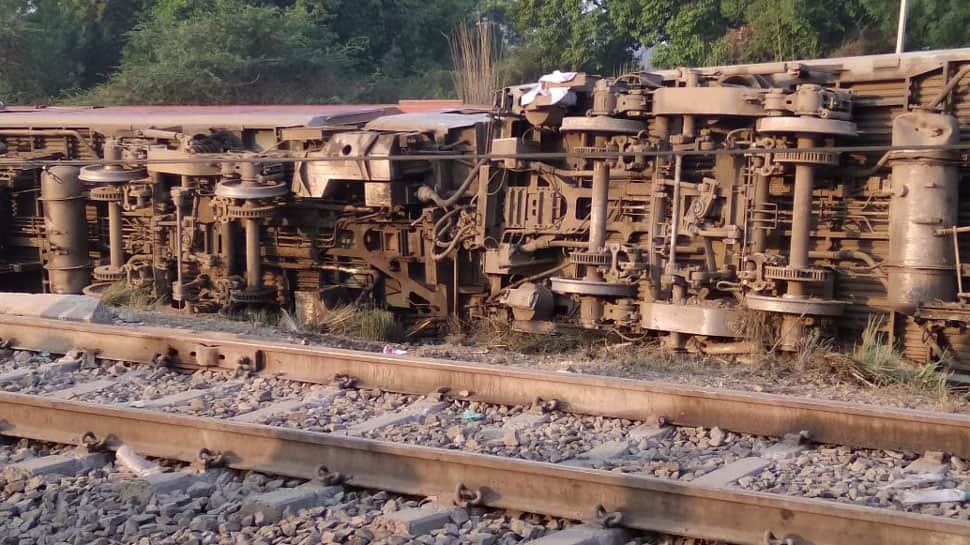 Hours after 12 coaches of the Poorva Express derailed near Kanpur in Uttar Pradesh, the North Central Railway on Saturday morning issued helpline telephone numbers for the kin of those injured in the accident. A total of four coaches overturned.

At least 14 people were injured when the coaches derailed near the Rooma railway station in Kanpur. The incident took place at 12.54 am when the train coming from Prayag was on its way to New Delhi. The train runs between Howrah and New Delhi. No casualties have been reported yet.

The telephone numbers released by the Railways can be reached for information on the injured people.

The train was running at a speed of 100 km per hour. The cause of the derailment is yet to be ascertained.

The rescue operations began immediately as soon as the information was received. Around 10-15 ambulances reached the spot and evacuated the injured. They were rushed to hospitals for treatment.

A team of National Disaster Response Force (NDRF), comprising of 45 persons, has reached the spot for rescue operations.