Not just Delhi-NCR's streets, parts of Delhi Airport was also waterlogged following heavy rainfall in the national capital and its surrounding areas 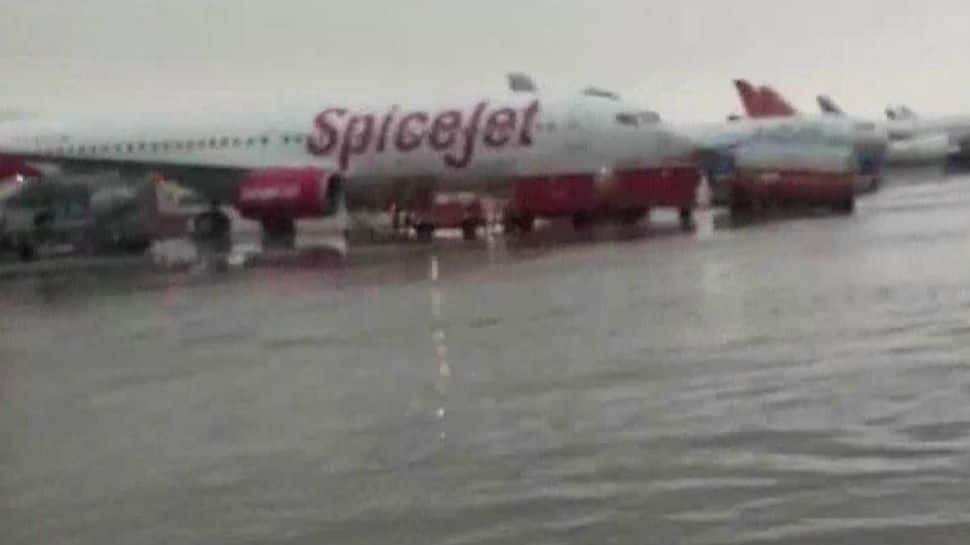 The forecourt of the Delhi airport was waterlogged for a "short period" Saturday morning due to sudden heavy rains, its operator DIAL said.
Sources said five flights were diverted from the airport this morning due to the bad weather conditions. "We regret the inconvenience caused. Due to sudden heavy rain, for a short period, there was waterlogging at the forecourt. Our team was immediately aligned to look into it and the issue has been resolved," the Delhi International Airport (DIAL) said.

A highly unusual monsoon season this year has yielded 1,100 mm of rainfall in Delhi so far, the highest in 46 years, and almost double the precipitation recorded last year, the India Meteorological Department (IMD) said on Saturday. The figures are subject to change as more rainfall is predicted in the city during the day.

"The Safdarjung Observatory, which is considered the official marker for the city, had gauged 1,150 mm of rainfall in the 1975 monsoon season. This year, the precipitation has already hit the 1,100-mm mark and the season has not ended yet," an IMD official said. Normally, Delhi records 648.9 mm of rainfall during the monsoon season, according to the IMD.

Between June 1, when the monsoon season starts, and September 11, the city normally gets 590.2 mm of rainfall. The monsoon withdraws from Delhi by September 25. "Light to moderate rain is likely in the next two days. Another wet spell is predicted around September 17-18," the official told PTI.