BJP announced that the Home Minister will be visiting West Bengal for a public meeting in Gosaba at 12 pm. 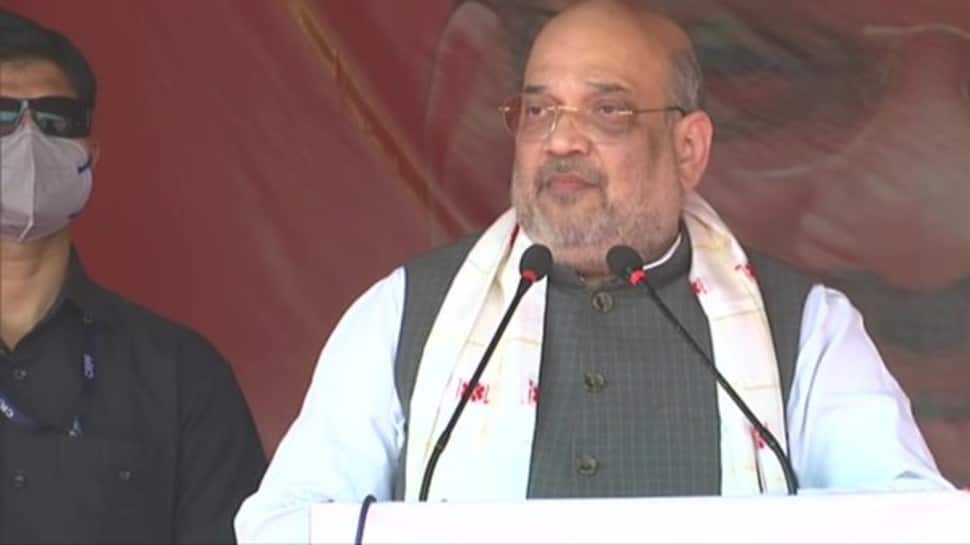 CM Banerjee will be addressing rallies at Purulia in the Para constituency at 12:30 pm, in Kashipur at 1:30 pm and at 2:30 PM in the Raghunathpur constituency.

The Bharatiya Janata Party (BJP) announced on Twitter that the Home Minister will be visiting West Bengal for a public meeting in Gosaba at 12 pm, after which he will be holding a roadshow in Medinipur at 3 pm.

The Home Minister on Monday (March 22) addressed multiple rallies and met BJP workers in Guwahati ahead of the Assam assembly elections.

At his rally in Udalgri, Shah took a jibe at Congress MP Rahul Gandhi’s recent visit to Assam stating that it was nothing more than a picnic.

"Recently, Rahul baba visited Assam. For him, visiting Assam is nothing more than a picnic. He comes here, enjoys a picnic and goes back. When he talks about labourers, I feel like laughing, as Congress did not do anything for tea garden workers during the time they were in power," Shah said.

Elections for the 126-seat Assam assembly are scheduled to take place in three phases from March 27 to April 6. The results will be announced on May 2.

BJP is contesting the polls in alliance with Asom Gana Parishad (AGP) and United People's Party Liberal (UPPL). On the other hand, Congress has formed a coalition with Bodoland People's Front (BPF), AIUDF, Anchalik Gana Marcha (AGM) and the Left parties.