Congress leader Ajay Rai, who lost to Modi in the last elections, will again face the Prime Minister while SP has fielded Shalini Yadav from the seat. 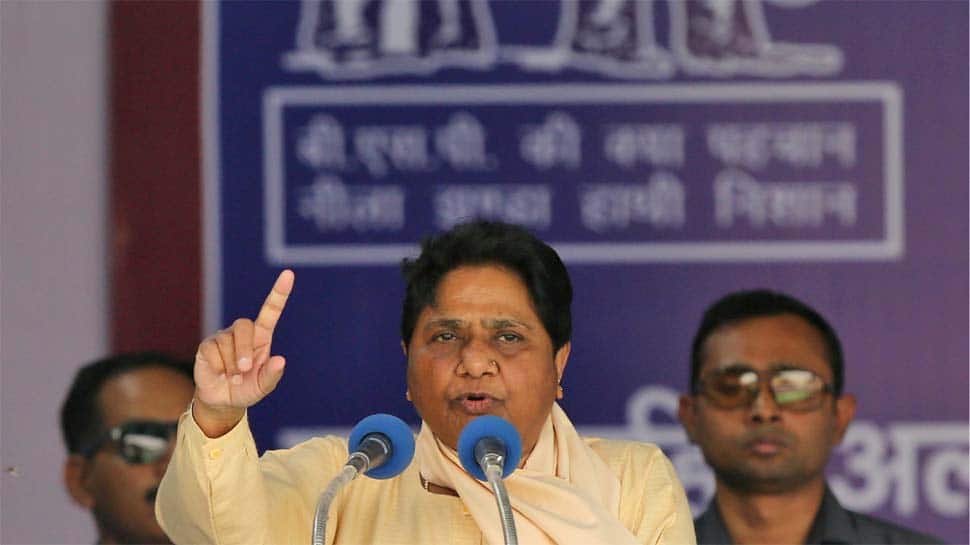 LUCKNOW: Bharatiya Janata Party (BJP) on Saturday wrote to the state`s Chief Electoral Officer (CEO) to initiate action against BSP supremo Mayawati for allegedly violating the Model Code of Conduct (MCC) by posting tweets to influence voters after the end of campaigning for the seventh phase of Lok Sabha elections.

Earlier today, Mayawati had cornered Prime Minister Narendra Modi on the issue of development in eastern Uttar Pradesh and asserted that it would be `more historic than a win` if the Prime Minister loses from Varanasi - his Lok Sabha constituency - where polling will be held on Sunday.

Taking to Twitter, Mayawati had attacked the `Gujarat model of development` and wrote, "The Gujarat model of PM Modi was not at all successful in eliminating extreme poverty, unemployment and backwardness of the Purvanchal region of Uttar Pradesh. This is blatant deceit. Instead of development, the Modi-Yogi double-engined government has only given communal tension, hatred and violence to the country."

"This deception and betrayal happened with people of Purvanchal even when the PM and UP`s CM, both represent this region. If Yogi can be turned down by Gorakhpur, wouldn`t the defeat of PM Modi from Varanasi be more historic than his win? Will Varanasi repeat what Raebareli did in 1977?" she added.

Mayawati was referring to the 1977 elections in which the then Prime Minister Indira Gandhi was defeated from Raebareli constituency.

Campaigning in the bitterly-fought high-stakes Lok Sabha elections, in which Prime Minister Modi is seeking a second-term, came to an end on Friday evening with parties making claims about their victory ahead of polling in 59 constituencies spread over six states and one union territory on May 19.

Congress leader Ajay Rai, who lost to Modi in the last elections, will again face the Prime Minister while SP has fielded Shalini Yadav from the seat.