"When you don't have a vision and have done nothing in the last 4.5 years, you make such allegations." 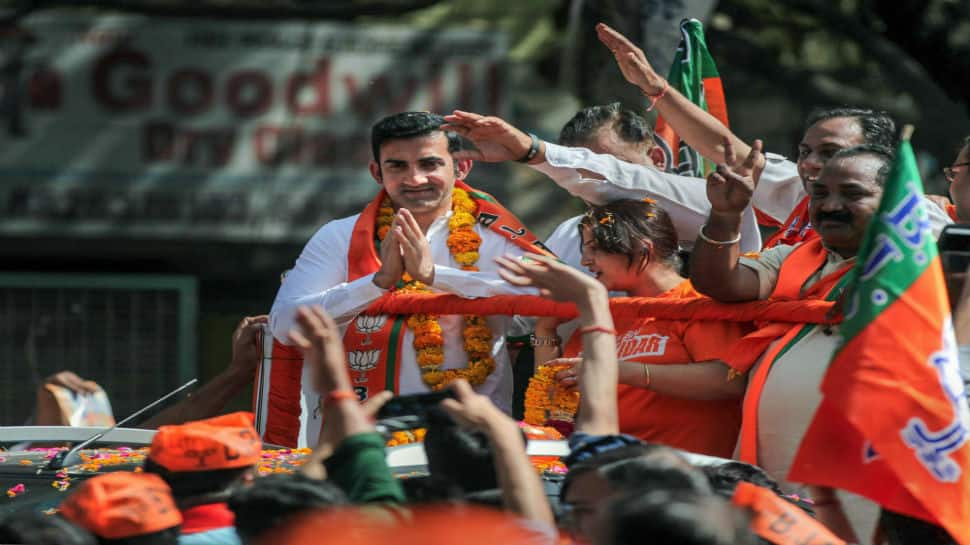 Facing the first controversy of his nascent political career, Gautam Gambhir on Sunday fired back at Aam Aadmi Party's accusations that he has two voter IDs. Speaking to reporters, the BJP candidate from East Delhi Lok Sabha constituency termed the charges as baseless.

Gambhir faces AAP's Atishi Marlena who had filed a criminal complaint on Thursday in which she had accused the cricketer-turned-politician of enrolling as a voter in two constituencies. Gambhir, however, came down the track to take on the AAP candidate's googly. "When you don't have a vision and have done nothing in the last 4.5 years, you make such allegations. When you have a vision, you don't do such negative politics," he said, adding that it is for the Election Commission to take a call in the matter.

The battle for East Delhi constituency has already reached a fever pitch with both Gambhir and Marlena reaching out to voters here through campaign rallies. While Gambhir, who joined BJP on March 22, has said PM Narendra Modi is his inspiration and has sought to highlight his party as the party capable of ensuring development and welfare, Marlena has been highlighting the work done by the Arvind Kejriwal government in Delhi.

The contest, however, is a three-way battle royale with Congress fielding former Delhi education minister Arvinder Singh Lovely against Gambhir and Marlena.

All seven constituencies in Delhi vote in the sixth phase - on May 12.