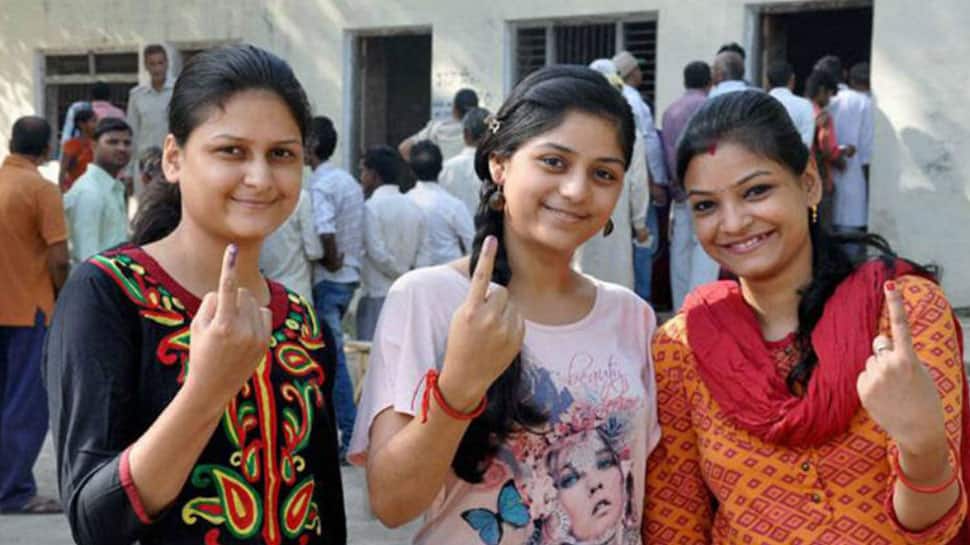 After polling concluded at 6 PM, various pollsters and news channels - Today's Chanakya, Republic-CVoter, ABP-CSDS, News18-IPSOS, India Today-Axis, Times Now-CNX, NewsX-Neta – are releasing their exit poll results on the election about the number of seats different parties are likely to win on May 23 when the counting of votes takes place and results are declared. Zee News is showing the "poll of polls" Maha Exit Polls which includes details of all the exit poll surveys released by different pollsters and TV news channels.

The exit polls prediction for the political parties and their alliances has started pouring in after Election Commission (EC) lifted its embargo on airing exit polls. The EC had earlier notified that the prohibition on exit polls will continue till 6.30 PM on Sunday. The EC had in March issued an advisory to the media saying exit polls can only be telecast after the final phase of polling for the Lok Sabha elections ends on May 19. The advisory is also applicable for Assembly elections in Andhra Pradesh, Arunachal Pradesh, Odisha, and Sikkim.

According to the major exit poll predictions, the NDA seems to be holding its turf in Bihar where it is expected to win more than 30 Lok Sabha seats with BJP winning 12-14 seats. Other NDA partners, JD-U and Lok Jantantrik Party (LJP) are expected to win around 20 seats. In 2014, the BJP had won 22 with LJP getting 6 and RLSP (then with NDA) getting 3.

According to the exit polls, the alliance of Rashtriya Janata Dal (RJD), Congress, Hindustani Awam Morcha, Rashtriya Lok Samata Party (RLSP) and the Vikassheel Insan Party (VIP) has failed to make any major impact in Bihar.

The alliance of opposition parties may get between -10 seats while the NDA comprising of BJP, Janata Dal-United and Lok Janshakti Party (LJP) may win more than 30 out of total 40 seats.

Here are the exit poll predictions for Bihar and Jharkhand:-

# India Today-AxisPoll: BJP likely to win all 40 seats in Bihar.

# Times Now-VMR: In Jharkhand, the survey predicts a negative picture for  BJP which it sees losing 4 seats to the grand alliance: BJP is projected to win 8 seats while the grand alliance is seen clawing back to 6 seats in the forthcoming elections.

# ABP-CSDS: The Mahagathbandhan is headed for a heavy-drubbing in Bihar with just 5 seats for the main opposition party RJD and 1 for RLSP and zilch for Congress. The NDA is expected to win 34 seats.

# The ABP-CSDS survey predicts that the grand alliance will regain the lost ground in neighbouring Jharkhand with 5 seats while NDA will be on the backfoot but still at a comfortable mark of 9 seats.

# The India TV-CNX poll predicts good prospects for NDA in Bihar where it is expected to bag 28 seats and the grand alliance with 12. As per the survey, the BJP is expected to win 14, RJD 8, JD (U) 12, three each to Congress and LJP and 1 seat to RLSP. The survey predicts 8 seats for the BJP in Jharkhand, JMM 3, Congress 2 and JVM (P) 1.

In West Bengal, the campaigning ended on Thursday due to orders of EC, which curtailed the campaign period in the state by a day following violence involving BJP and TMC workers in Kolkata during a roadshow of BJP chief Amit Shah. Parts of Kolkata witnessed widespread violence during Shah's massive roadshow in the city. A bust of 19th century Bengali icon Ishwar Chandra Vidyasagar was also vandalised during the violence.

"This is probably the first time that ECI has invoked Article 324 in this manner but it may not be last in cases of repetition of lawlessness and violence which vitiate the conduct of polls in a peaceful manner. The Commission is deeply anguished at the vandalism done to the statue of Vidyasagar. It is hoped that the vandals are traced by the state administration," the EC had said.