Miss you, papa: Tej Pratap Yadav tweets after not given a chance to speak at Pataliputra rally

"I was not allowed to speak due to my father's absence. I miss you, papa," tweeted a miffed Tej Pratap. 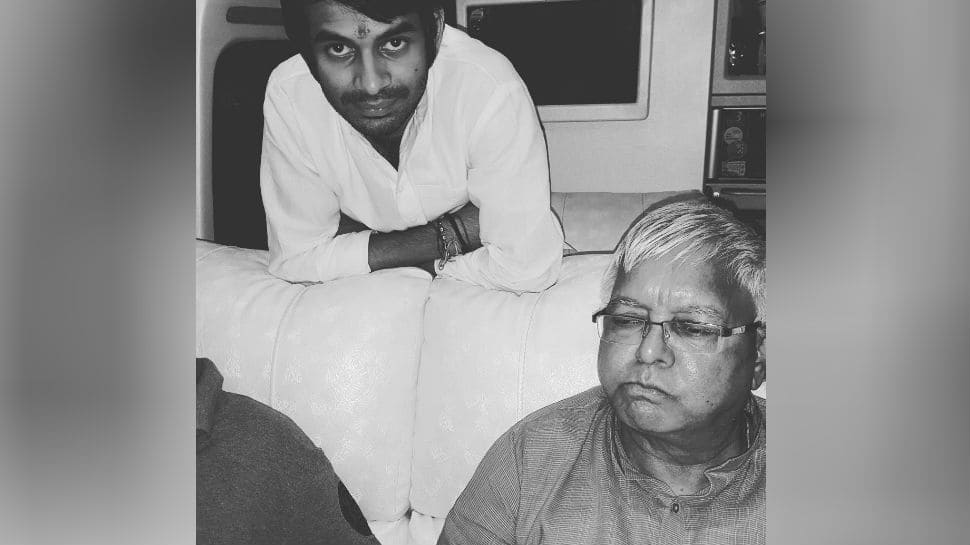 Patna: Rashtriya Janata Dal (RJD) supremo Lalu Prasad Yadav's elder son Tej Pratap posted an emotional message for his father on Friday after being denied a chance to speak at a rally in Pataliputra.

"I was not allowed to speak due to my father's absence. I miss you, papa," tweeted a miffed Tej Pratap, along with a cut out of his picture with Lalu.

Lalu is currently serving a jail term in Ranchi after being convicted in the multi-crore fodder scam cases.

The mahagathbandhan rally in Pataliputra was held by Congress president Rahul Gandhi on Thursday, wherein he was joined by party candidate Shatrughan Sinha and alliance partner RJDs Tejashwi Yadav among others.

On being asked about elder brother Tej Pratap's being upset over the incident, Tejashwi said he does not have any knowledge about it. "He has delivered many speeches with me at rallies. However, sometimes, there is a time crunch," the former Bihar deputy chief minister said.

There were differences reported within the Yadav family after Tej Pratap resigned from RJD's student wing over being sidelined. He had also floated his own outfit named Lalu-Rabri Morcha and had said that he will tour 20 seats in Bihar for the election.

Reports had also suggested that RJD was contemplating disciplinary action against him for anti-party activities.

However, over the weekend, the brothers together campaigned for the party.

Tej Pratap called his Tejashwi 'Arjun' and said that the opposition will be defeated and the RJD will win on all the seats.