Batra has slammed the manner in which the government had failed to fulfil it's commitments on a regular basis. He further backed Bhaker's decision to take to social media in order to tackle the situation. 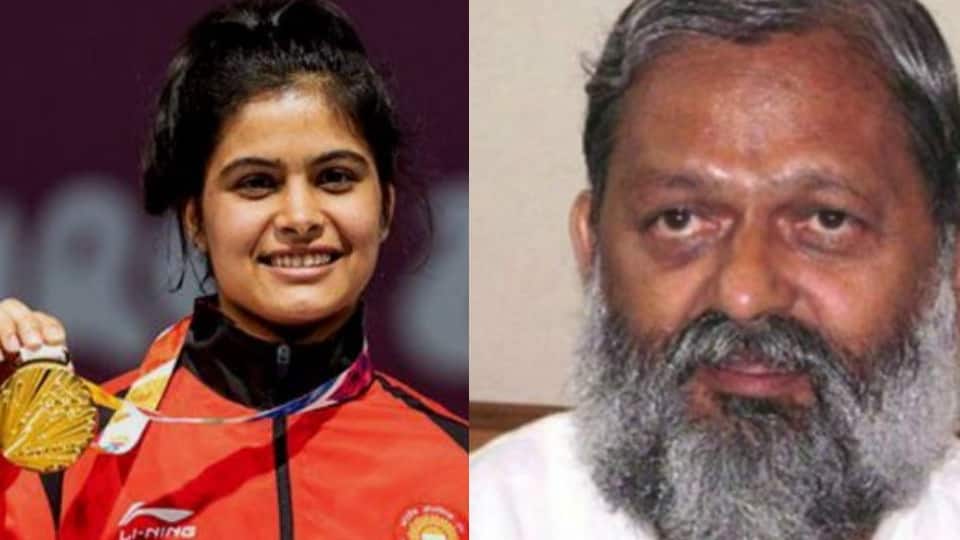 Current Indian Olympic Association (IOA) president Narinder Batra has hit out at Haryana sports minister Anil Vij, who recently lashed out at teenage shooting sensation Manu Bhaker, after she criticised the state government over their promise of rewarding her with Rs 2 crore for winning a Youth Olympics gold medal in 2018.

According to ANI, Batra has slammed the manner in which the government had failed to fulfil its commitments on a regular basis. He further backed Bhaker's decision to take to social media in order to tackle the situation.

"I’ve dealt with ministries & these babus a lot, you never reach anywhere when dealing with them.I think she(Manu Bhaker) did right, social media is the right way to handle it. It’s high time govt fulfills its commitment," he said.

Teenage shooting sensation Manu Bhaker on Friday reminded Haryana sports minister, Anil Vij, of the Rs 2 crore cash award promise, which he made after her Youth Olympic gold medal, but is yet to fulfil.

Sir Please confirm if it is correct... Or just Jumla... @anilvijminister pic.twitter.com/AtxpLKBSYV

In return, Vij wrote that Bhaker should have first contacted the sports ministry instead of making a controversy. At the same time, he confirmed that the young Indian shooter would get Rs 2 crore as prize money as promised to her.

Manu Bhaker should have first confirmed it from the Sports Deptt. before going to public domain. It is disgusting to denounce a State Govt which is giving highest awards in the Country. Bhaker will will will get 2 crores as tweated by me and as per notification at that time.

There should be some sense of decipline in players. Bhaker should feel sorry for creating this controversy. She has a long way to go. She should focus on her game only.

We have increased Prize money from 10 lakh which was being given in previous Congress Govt. to 2 crores for this event. We have delivered prize money won by Haryana Players upto August on 15 August last year and remaining will be delivered possibly in January this year

Responding to Vij’s statement, Bhaker said that she needed the money to invest in her practice and training purposes.

"Initially it was 10 lakh, then he (Anil Vij) made it Rs 2 crore, I had made plans what investments I'm going to make for practice, I felt weird when they reduced it by 1 crore, It's a really good thing now that he has made it Rs 2 crore again," the shooter told ANI.