Actress and Trinamool MP Nusrat Jahan had tied the knot with her longtime beau Nikhil Jain in an intimate wedding ceremony in Turkey. However, their marriage was interfaith and not registered under the Special Marriage Act in India. Earlier this year, Nusrat and Nikhil had announced their separation, with the former calling her marriage 'invalid'. 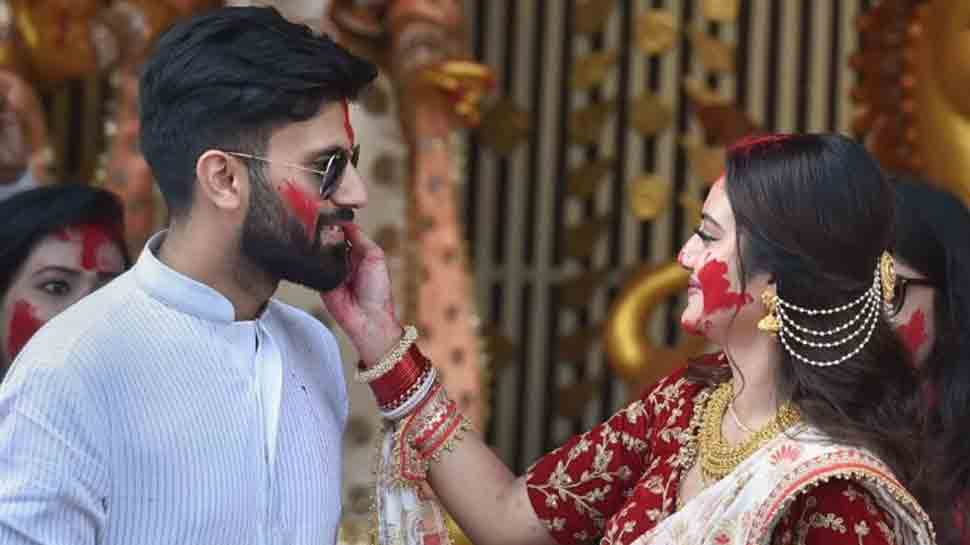 New Delhi: A Kolkata court has declared that Nikhil Jain and Nusrat Jahan's wedding is invalid. The court said the legal wedding did not happen between the ex-couple.

According to reports, the court passed the order based on the grounds that Nusrat Jahan is by faith a Muslim and Nikhil Jain is a Hindu. Both did not get married under the Special Marriage Act. Hence the court ordered, that the alleged marriage held on 19/06/2019 at Bodrum, Turkey in between the plaintiff and the defendant is not legally valid.

Declaring Nusrat Jahan and Nikhil Jain's wedding as invalid, a Kolkata court said, "It is declared that the alleged marriage held on June 19, 2019, at Bodrum, Turkey in between the plaintiff and the defendant is not legally valid. The suit is, thus, disposed off on admission."

Earlier this year, Trinamool Congress MP Nusrat Jahan released a statement saying that her marriage with Nikhil was according to Turkish Law and hence, not valid in India. She alleged that her belongings, like family jewellery and other assets, have been 'illegally held back'. She also alleged that her 'funds were mishandled' from various accounts without her knowledge.

After Nusrat Jahan called their marriage invalid in India, Nikhil mentioned that he requested Nusrat to get the marriage registered multiple times, but she avoided all his requests. He also claimed that Nusrat's allegations of illegally keeping her belongings, family jewellery and mishandling her funds were untrue.

Nusrat Jahan and Nikhil Jain tied the knot on June 19, 2019, after dating for a period of time. They got married in an intimate ceremony in Turkey and later hosted a wedding reception in Kolkata.

"Was devastated, frightened": Nick Jonas recalls being diagnosed with diabetes at 13