Assam-Mizoram border conflict: How it escalated and what the Centre is doing to resolve it

The long-standing dispute has its origin in a notification of 1875 issued during the British era that differentiated Lushai Hills from the plains of Cachar, and another of 1933 that demarcates a boundary between Lushai Hills and Manipur. 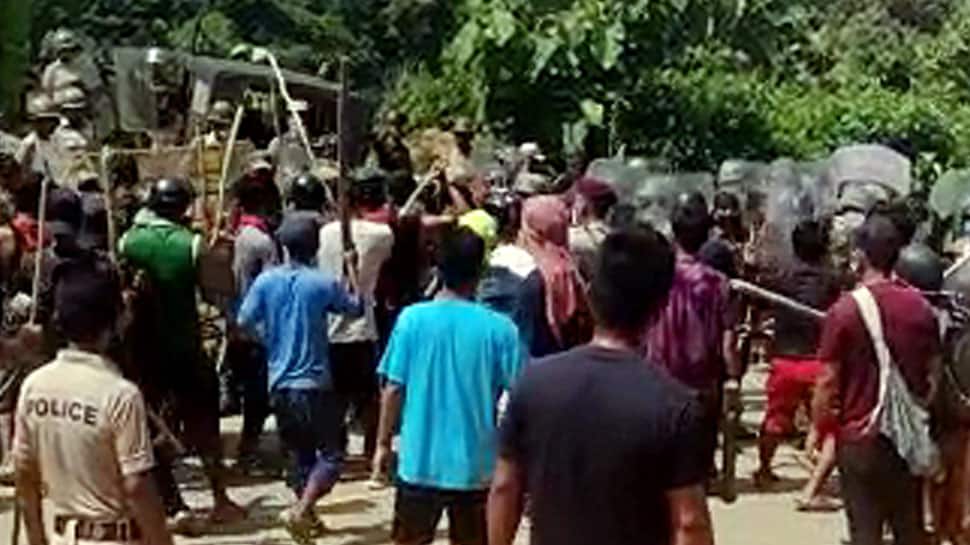 Guwahati/Aizawl: The Assam-Mizoram border trouble flared up on Monday after at least five Assam Police personnel were killed while defending the "constitutional boundary" of the state during which more than 60 people were also injured.

Among those injured included a Superintendent of Police, 20 officials and civilians, while several vehicles were also damaged in clashes after which Chief Ministers of the two states sought Union Home Minister Amit Shah`s urgent intervention.

-Assam-Mizoram border dispute is not new and two states, which share a 164.6 km long border, have witnessed clashes between locals and border security forces over alleged encroachment.

-Tensions have been running high ever since the Assam Police allegedly took control over an area known as ‘Aitlang hnar’ about 5 km from Vairengte, accusing the neighbouring state of encroaching on its territory in June.

-However, fresh tensions escalated when the Mizoram Police said that eight farmers’ huts were set ablaze by unidentified miscreants in the Kolasib district near the Assam border. Mizoram Deputy Inspector-General of Police (Northern Range), Lalbiakthanga Khiangte, as reported by PTI, said that the incident happened near Aitlang stream in the trouble-torn area around 11.30 pm.

-Mizoram Home Minister issued a statement saying that the Assam Police at Vairengte town “overran” a duty post manned by the Mizoram Police, starting a skirmish.

-Assam Chief Minister Himanta Biswa Sarma had earlier claimed six police personnel were killed in action during the clashes. However, the state govt later revised the figure and said that five state police personnel died and more than 50 people of the force were injured.

-Union Home Minister Amit Shah spoke to the Chief Ministers of Assam and Mizoram, Himanta Biswa Sarma and Zoramthanga respectively, and urged them to ensure peace along the disputed border and find an amicable settlement.

-"It is with a heavy heart that we are constrained to note that what is being termed by the Mizoram side as an intrusion and aggression by Assam, has left 5 Assam Police personnel confirmed dead (6 as per initial reports, which is being confirmed)," the Assam government statement said. It also said that more than 50 police personnel, including the Cachar SP Nimbalkar Vaibhav Chandrakant who has a bullet embedded in his leg and is in the ICU, were injured.

-The Assam government said that a team of officials, including an IG, DIG, DC Cachar, SP Cachar and DFO Cachar, went to sort out issues related to the alleged construction of a road by Mizoram towards Rengti Basti in Assam, destroying the Inner Line Reserve Forest in Lailapur area. It further claimed that the Mizoram Police simultaneously fired tear gas shells on the delegation and the IG was injured in this barrage. In the afternoon, SP Kolasib along with two Additional SP level officers held a discussion with the Assam delegation.

-Talking about the usage of light machine guns (LMGs), the Assam Chief Minister said, "This is sad, unfortunate and speaks volumes about the intention and gravity of the situation." Officials said Sarma will visit the violence-hit Assam-Mizoram border on Tuesday morning to assess the situation.

-Sarma and Mizoram Chief Minister Zoramthanga earlier clashed on Twitter, posting videos of the violence. -The Mizoram government has constituted a boundary commission to deal with the demarcation of the border. Assam has border disputes with Meghalaya and Arunachal Pradesh as well.

The long-standing dispute has its origin in a notification of 1875 issued during the British era that differentiated Lushai Hills from the plains of Cachar, and another of 1933 that demarcates a boundary between Lushai Hills and Manipur.

Mizoram insists the inter-state boundary should be demarcated on the basis of the 1875 notification, a corollary to the Bengal Eastern Frontier Regulation (BEFR) Act, 1873. Mizoram leaders have been arguing against the demarcation notified in 1933 claiming Mizo society was not consulted, while Assam wants that notification to be enforced.