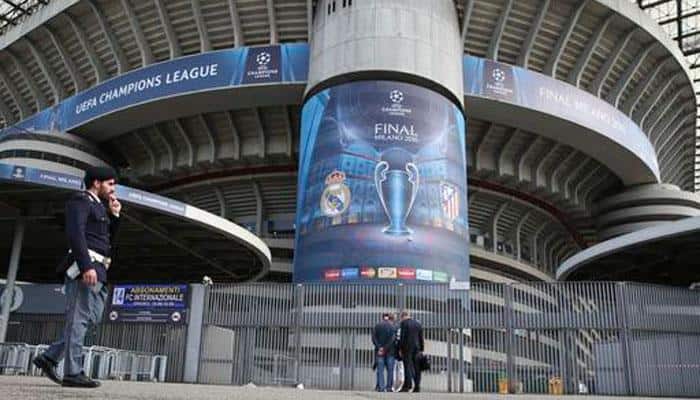 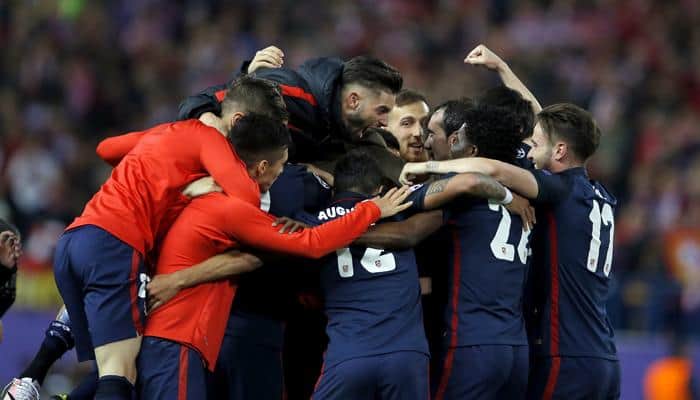 Atletico complete a 3-2 aggregate victory that eliminated Barca at the quarter final stage for the second time in three seasons. 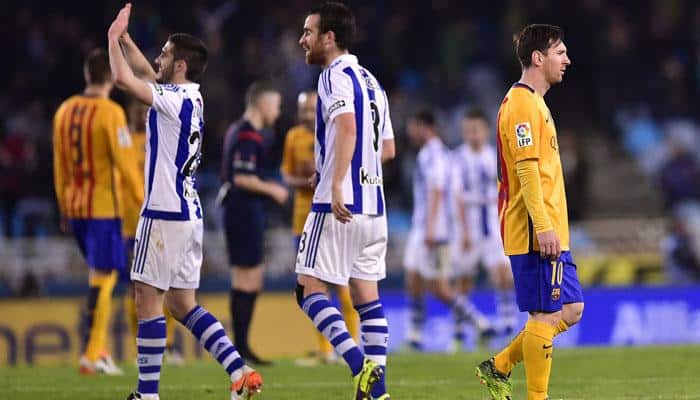 Cristiano Ronaldo also kept Real Madrid in the hunt a further point back in third with a goal and two assists in a 4-0 rout of Eibar. 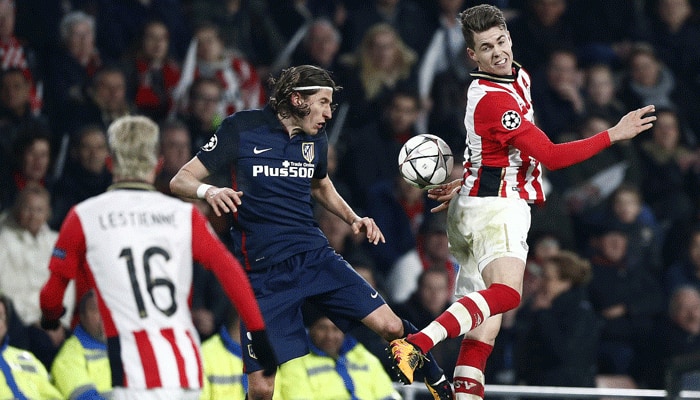 Atletico had chances to kill the game as Luciano Vietto and Antoine Griezmann missed one-on-ones with Jeroen Zoet. 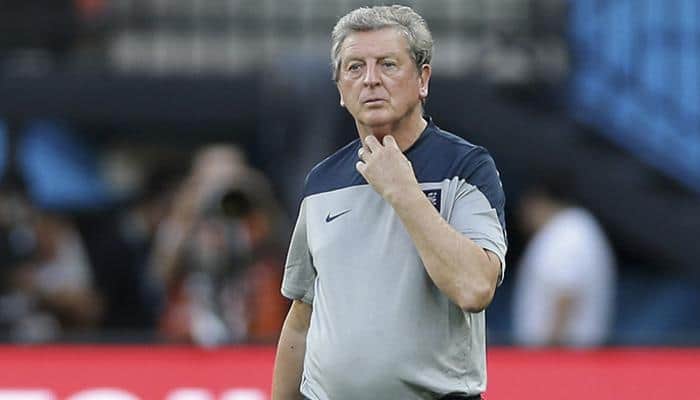 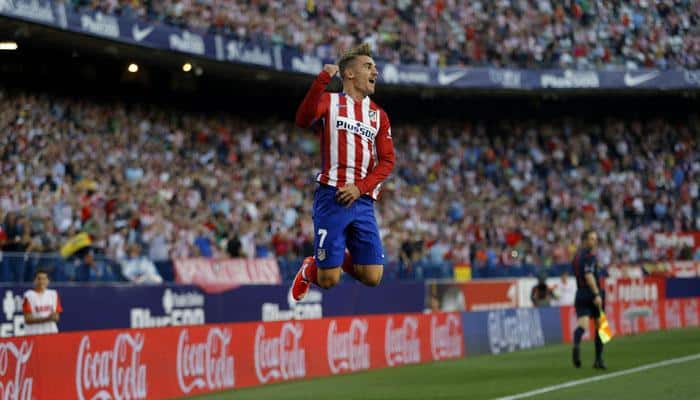 Atletico Madrid moved to the top of La Liga as Antoine Griezmann`s double handed them a 2-0 win over Getafe on Tuesday. 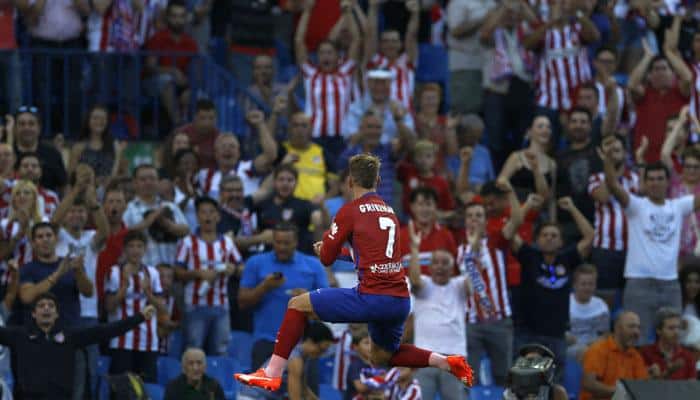 Atletico Madrid kicked off their La Liga campaign with a 1-0 win over newly promoted Las Palmas, but failed to live up to pre-season expectations in a nervy display. 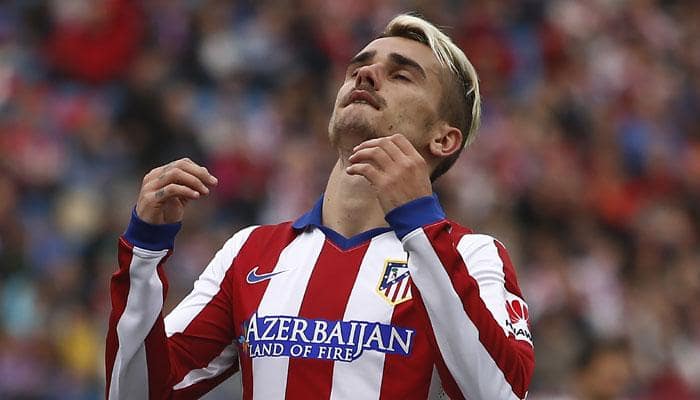 French forward Antoine Griezmann extended his contract with Atletico Madrid until June 2019, according to reports in the French media. 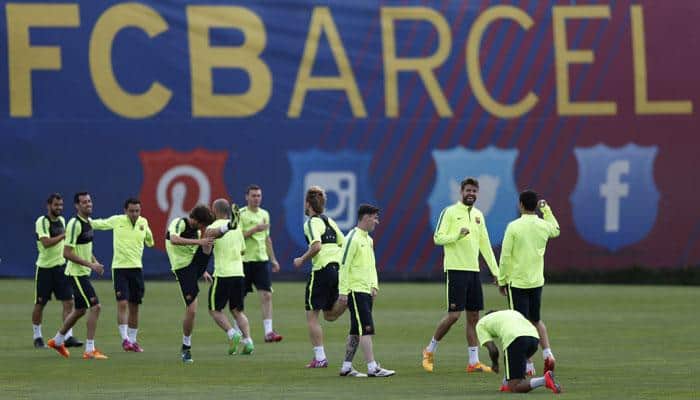 Strange, it may sound! But not a single Barcelona player has won the coveted Player of the Month award in Spain. Popular in other leagues, and which recognises the best player each month of a season, the award was introduced in Spain in September 2013. 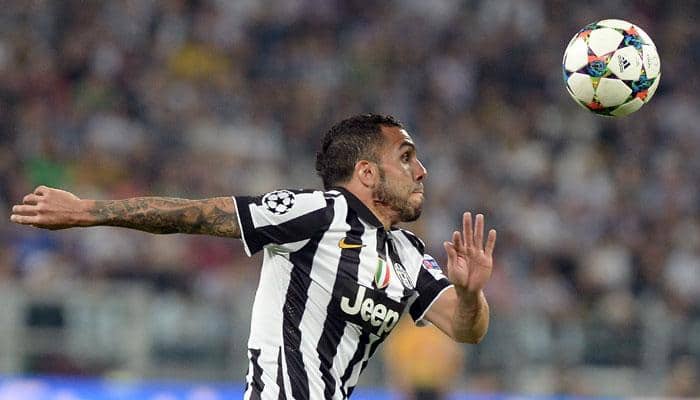 Juventus striker Carlos Tevez would be a perfect fit for Atletico Madrid and the La Liga club are in talks with the Argentine`s agents, coach Diego Simeone said. 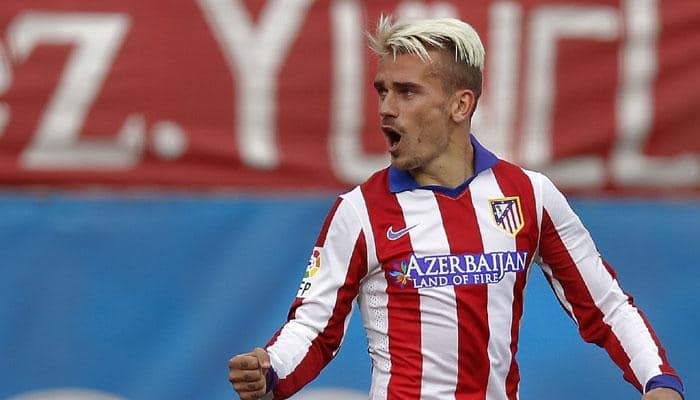 He is only behind Cristiano Ronaldo and Lionel Messi in the La Liga scoring chart this season but Atletico Madrid forward Antoine Griezmann is not overawed at being spoken of in the same breath as the two superstars, saying his aim is to get better than the rest. 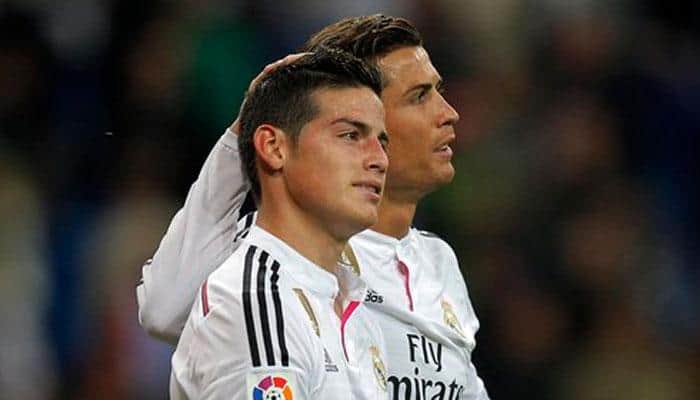 With Real Madrid facing an injury crisis ahead of Wednesday`s Champions League clash with Atletico Madrid attention will be on talisman Cristiano Ronaldo to lead them through but James Rodriguez may hold the key. 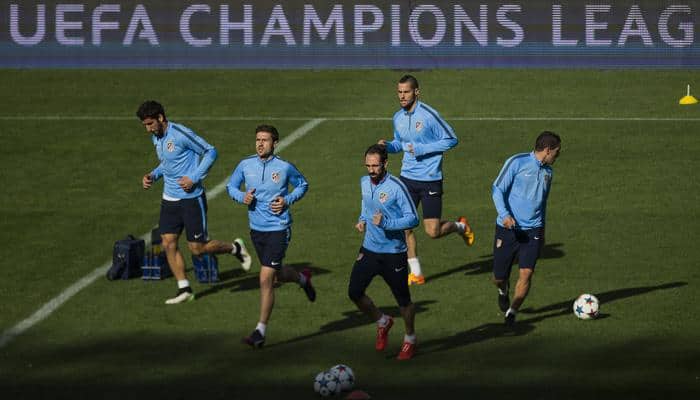 Real Madrid have the unenviable task of beating city rivals Atletico Madrid at the eighth attempt this season if they are to progress to a fifth consecutive Champions League semi-final. 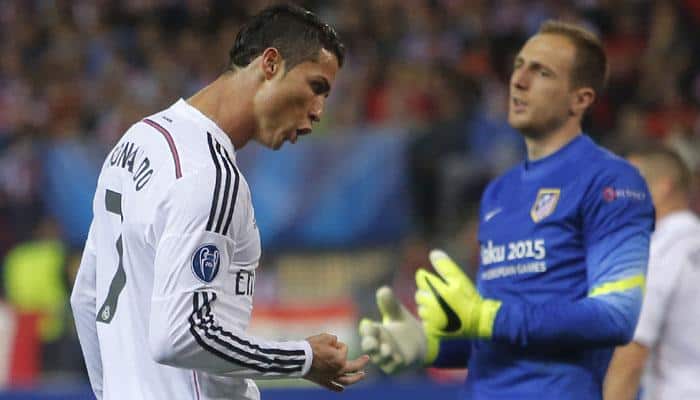 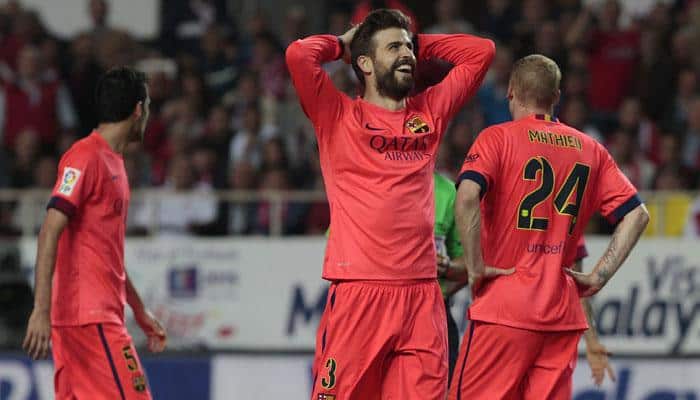 Sevilla came from 2-0 down to blow the La Liga title race wide open with a 2-2 draw against leaders Barcelona on Saturday. 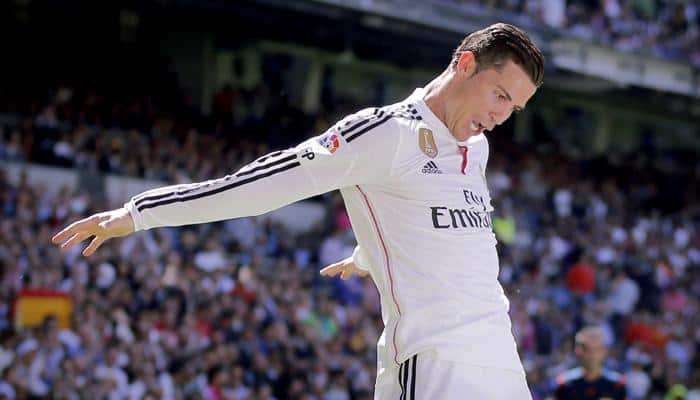 Cristiano Ronaldo took his tally for the season to 49 as Real Madrid cut the gap on La Liga leaders Barcelona to just a point with a comfortable 3-0 win over Eibar. 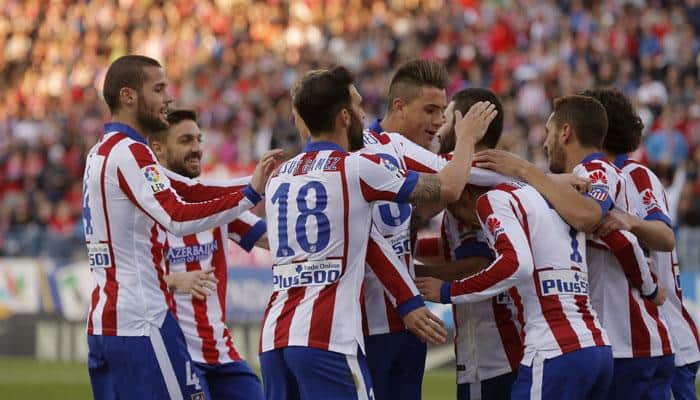 Atletico too good for Moyes`s Sociedad

Atletico Madrid moved to within six points of La Liga leaders Barcelona thanks to a comfortable 2-0 win over David Moyes`s Real Sociedad on Tuesday. 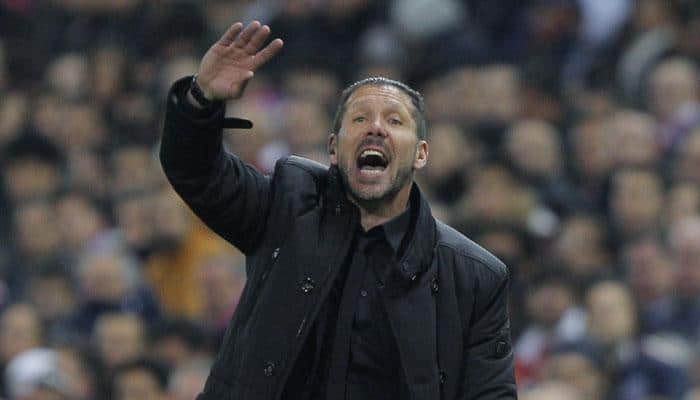 Atletico Madrid turned up the heat on Valencia in the battle for La Liga’s third automatic Champions League berth when club top scorer Antoine Griezmann set them on the way to a 2-0 stroll at bottom side Cordoba on Saturday. 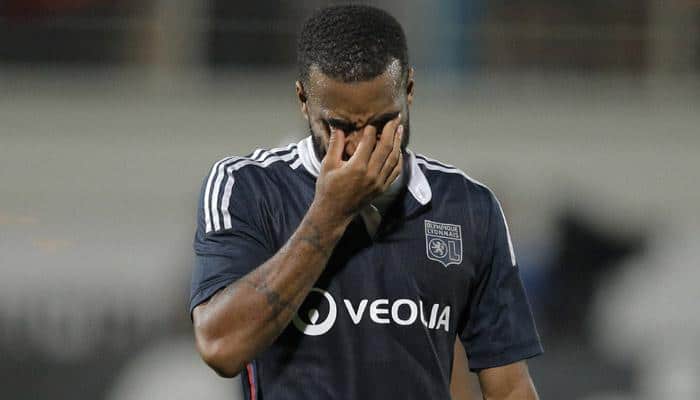 France recovered from last week`s defeat by Brazil when Alexandre Lacazette and Olivier Giroud earned a second-string side a 2-0 home friendly win over Denmark in St Etienne on Sunday. 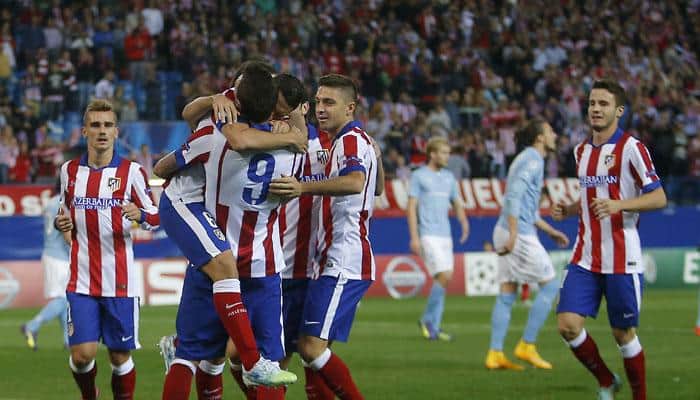 KSEEB Karnataka SSLC 10th results 2020 to be declared in a few days, here's how to check online

The moment we have waited for has finally arrived: Ankita Lokhande on CBI probe for Sushant Singh Rajput death case

Grand temple will be built in Ayodhya for Ram Lalla who lived in tent for years: PM Narendra Modi

Hardik Pandya-Natasa Stankovic celebrate with hospital team in Gujarat, thank them for 'bringing baby in this world' - In Pics

India rejects Chinese comments on Jammu and Kashmir, advises China not to comment on 'internal matters'