In the latest promo of 'The Kapil Sharma Show', Kapil was seen poking fun at Taapsee Pannu and jokingly asked her why she 'kicked out' Akshay Kumar from her films. 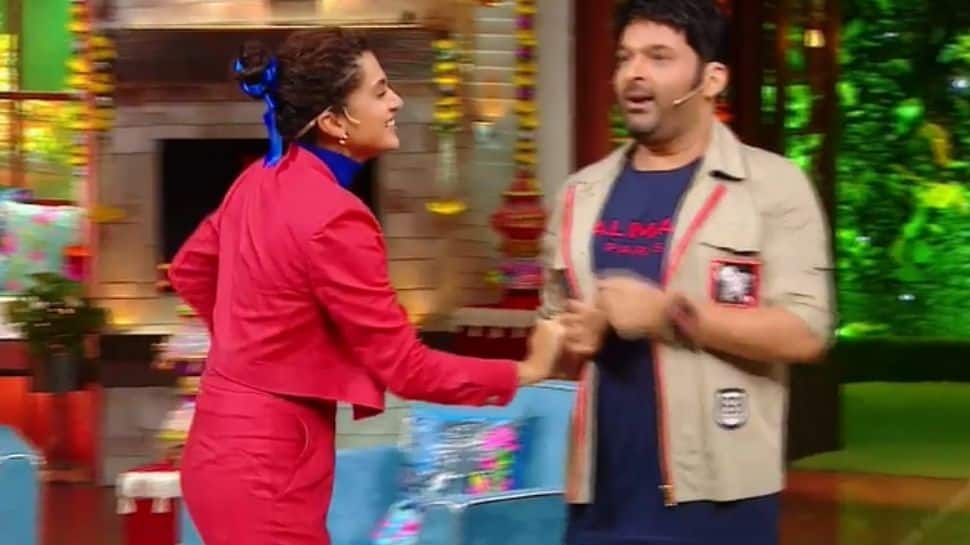 New Delhi: Actress Taapsee Pannu along with the cast of 'Rashmi Rocket' will feature on the latest episode of the comedy show 'The Kapil Sharma Show' hosted by comedian Kapil Sharma to promote her newly released film.

Ahead of the laughter-filled episode, the makers gave us a glimpse of the hilarity that is bound to ensue on the show. In one of the promos, Kapil Sharma is seen telling Taapsee that she indirectly 'threw' Akshay Kumar out of her stand-alone, spin-off films that earlier starred Bollywood's Khiladi.

He said in Hindi, "Taapsee worked on Baby with Akshay and then did a full-blown spin-off film, removing Akshay from it.  She then worked with him on Mission Mangal, in which she was building a rocket with him. Now, she is starring in Rashmi Rocket and removed Akshay again."

This joke left the 'Rashmit Rocket' actress laughing out loud on stage. She replied by assuring Kapil that she won't do the same with him. Kapil then turned the joke on Archana Puran Singh and said that "I was talking about them" while pointing at her.

Take a look at the hilarious promo:

Taapsee Pannu's 'Rashmi Rocket' released on Friday (October 15) on the occasion of Dussehra on the OTT platform ZEE5.

On the work front, Taapsee has her kitty full for the next few months with 'Shabaash Mithu' in the pipeline.

Apart from that, she also has 'Looop Lapeta', 'Rashmi Rocket', 'Blurr', and the sci-fi thriller titled 'Dobaaraa' directed by Anurag Kashyap.