Pliskova was down 1-5 against Williams in the final set, before producing a fightback to claim a quarter-final win over the American great. 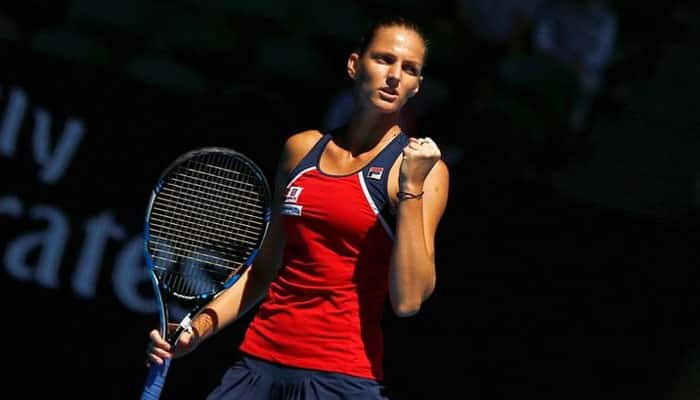 Beating Serena Williams from four matchpoints down barely 24 hours ago left Karolina Pliskova both physically and emotionally drained and the Czech said she was low on energy in her Australian Open semi-final loss to Naomi Osaka on Thursday.

Pliskova was down 1-5 against Williams in the final set before the seventh seed produced a fightback for the ages to claim a 6-4, 4-6, 7-5 quarter-final win over the American great.

She returned to the Rod Laver Arena where the roof was closed due to stifling heat only to be overpowered by U.S. Open champion Osaka in the second semi-final.

"It was tough. For sure if there's a day in between these two matches, it would be helpful for me. Not only that the match yesterday was tough, but also was emotionally tough too," Pliskova told reporters.

"I was missing maybe little bit power today, too. I was doing everything possible, but little bit I was just missing here and there. That's how it is. Normally I like to play matches maybe two, three days in a row."

"In this kind of stage of the tournament, when you just go deep, from Brisbane, lot of things happen. I have 15 matches in maybe last, I don't know, three weeks. That's a lot. Maybe that day would help, but that's how it is," she added.

The 2016 U.S. Open finalist played five matches en route to her title win in Brisbane before pulling out of the Sydney International warm-up event before arriving at Melbourne Park.

Known as one of the biggest servers in the women's game, Pliskova complimented her opponent for also beating her in that department.

The Japanese served 15 aces as opposed to just three from the Czech.

"I think the conditions with the roof closed were perfect for her. Not that it would be bad for me, but she just loved it maybe little bit more," Pliskova said.

"Yeah, it was tough. Maybe couple points there would be different," she added.

She had a 2-1 lead in career meetings against Osaka heading into the semi-final but refused to be negative about the defeat.

"Of course, after every loss you (are) kind of disappointed, especially if it's this close. But on the other hand it's my best start in my life to the season, so I don't want to be that negative," Pliskova said.

"I know that the season is longer. Anything can happen. Even if I would lose here earlier, yesterday or whatever, it's still a good start for me. I'm feeling great with my game, with my team."

"Everything was working what we did together, so there is no reason to be disappointed. Obviously I wanted to be in the final, but that's how it is. In the final there can be only two players. I'm going to have a chance in next Grand Slams, for sure," she concluded.