Hundreds of farmers will stage a protest at the district collectorate on Monday against the violent clash in Lakhimpur Kheri in which at least four people were killed on Sunday. 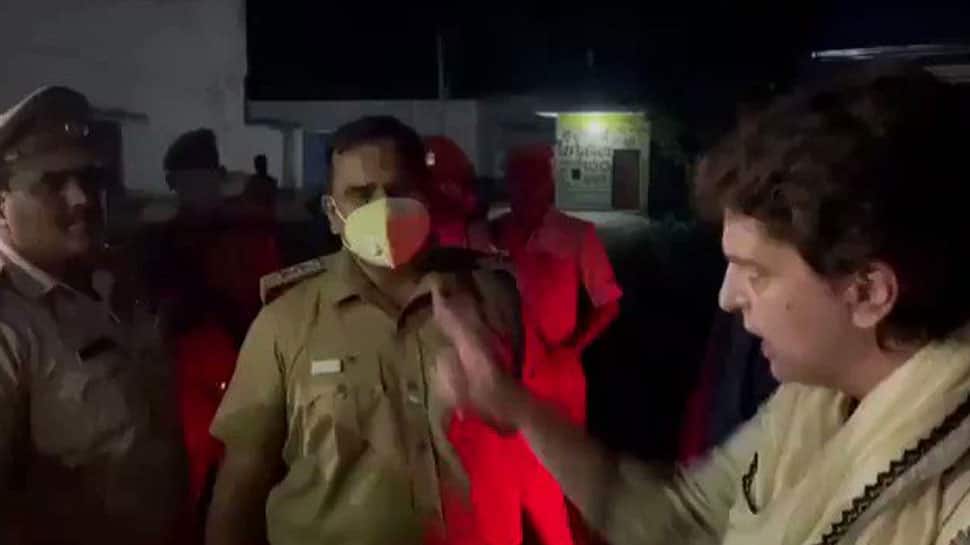 New Delhi: Hundreds of farmers will stage a protest at the district collectorate and in every district across the country on Monday against the violent clash in Lakhimpur Kheri in which at least eight people were killed on Sunday.

In view of the incident, a panchayat was called by Naresh Tikait, national president of the Bharatiya Kisan Union (BKU), in Sisauli village of Muzaffarnagar late-night during which it was decided that a demonstration will be staged at the district collectorate on Monday.  Naresh Tikait addressed the farmers and expressed displeasure over the incident. As per the information, it has been decided that the farmers will stage a protest against the violence at the district collectorate.

Reportedly eight people died in the violence, however officially four deaths have been confirmed so far. An atmosphere of tension prevails in the state since the incident. From farmer leaders to political leaders, everyone is making efforts to reach Lakhimpur Kheri. BKU's Rakesh Tikait has also reached violence-hit Lakhimpur Kheri, according to news agency PTI.

Congress general secretary Priyanka Gandhi Vadra and other party leaders have reached here early on Monday but alleged they were not allowed to meet the victims of the violence that erupted during a farmers' protest and claimed several lives. The Congress party, through several tweets, claimed that Priyanka and other leaders have been "arrested" by the UP Police.

Priyanka Gandhi, who is accompanied by party leader Deepender Singh Hooda among others, had to take alternative routes to reach the destination as heavy security was deployed on the main roads amid tension in the violence-hit region.

“We are waiting outside the Banbirpur village. We have been prevented by the police from entering. We have come here to meet the victims of the violence,” Congress national secretary Dheeraj Gurjar said over the phone at 4.30 am.

Priyanka Gandhi's convoy was earlier briefly stopped by the Uttar Pradesh Police officials in Lucknow, where the Congress general secretary had arrived on Sunday night, within a few hours of violence being reported during a protest against anti-farm laws here.

Meanwhile, mobile internet services have been suspended in parts of the violence-hit district, where restrictions under CrPC section 144 -- which prohibits assembly of four or more people -- have also been imposed, according to officials.

The UP police took to Twitter early Monday to describe the incident as “unfortunate” and said eight casualties have been reported so far as per the district administration. “ADG LO, ACS Agriculture, IG Range & Commissioner are on the spot & situation is under control. Adequate deployment has been done to prevent any untoward incident,” it added.

Security arrangements have also been beefed up on the Delhi borders. Administrative officers also took stock of the movement site at Ghazipur.

What happened in Lakhimpur Kheri?

A group of unidentified persons allegedly opened fire at the farmers. Some of the farmers were reportedly even run over by a vehicle. Following this, the angry farmers retaliated by setting two SUVs on fire. Uttar Pradesh Chief Minister Yogi Adityanath expressed grief over the incident called it unfortunate.

Meanwhile, the Samyukta Kisan Morcha has claimed that one of the farmers was shot dead by MoS Home Ajay Mishra Teni’s son Ashish Mishra. They have demanded a murder case to be filed against Ashish Mishra. However, the Union Minister refuted the allegations saying that his son was not present at the site at the time of the incident. He said he had video evidence to back his claim.