The front-page op-ed is an honour rarely granted to foreign leaders and comes a day before Xi is set to visit Pyongyang on Thursday and Friday at the invitation of North Korean leader Kim Jong Un, making him the first Chinese leader to visit in 14 years. 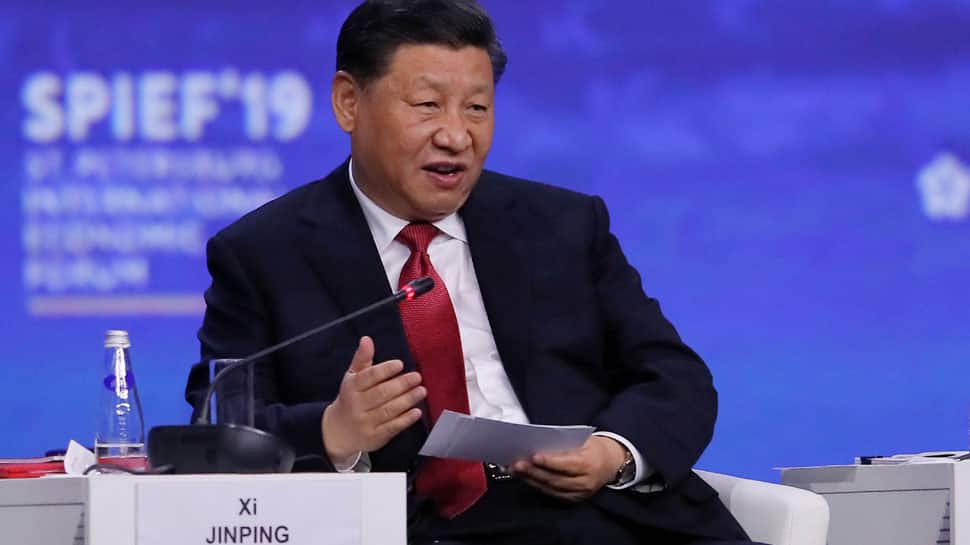 SEOUL: Chinese President Xi Jinping said in an op-ed in North Korean state newspaper Rodong Sinmun on Wednesday that China supports North Korea`s "correct direction" in politically resolving issues on the Korean Peninsula. The front-page op-ed is an honour rarely granted to foreign leaders and comes a day before Xi is set to visit Pyongyang on Thursday and Friday at the invitation of North Korean leader Kim Jong Un, making him the first Chinese leader to visit in 14 years.

The visit is a sorely needed show of support for Kim, whose campaign of diplomatic outreach and drive to rebuild the economy has suffered since the collapse of the Hanoi summit between North Korea`s Kim and U.S. President Donald Trump in February. As nuclear talks between the United States and North Korea remain stalled and tensions have mounted between Beijing and Washington over trade and other issues, Xi`s visit kicks off a flurry of high-level diplomatic activity around the Korean Peninsula ahead of the G20 summit in Japan later this month.

Xi said the two Asian countries will "strengthen our strategic communication and exchanges," adding that China will firmly support Kim`s achievements in "socialist construction" aimed at economic development and improving people`s lives, according to the newspaper. Xi said North Korea and China would expand and develop relations in civilian sectors, including education, culture, sports, tourism, youth and rural areas.

"We will actively contribute to peace, stability, development and prosperity in the region by strengthening communication and coordination with the Democratic People`s Republic of Korea," Xi said. China will also engage with other stakeholders "by jointly expediting progress on dialogue and negotiations on the issues of the Korean peninsula," he added.

The Democratic People`s Republic of Korea is North Korea`s official name. Xi did not directly mention the international sanctions - many of which were imposed with China`s vote at the United Nations - that have been levied in an effort to convince Kim to give up his nuclear weapons and ballistic missiles.

On Tuesday China joined Russia in delaying a US request for a UN Security Council sanctions committee to demand an immediate halt to deliveries of refined petroleum to North Korea over accusations Pyongyang violated a UN cap.

US pushes for 'conditionality' in IMF bailout package to Pakistan