"I have taken permission from Tihar Jail to meet my father today," Dushyant Chautala said. 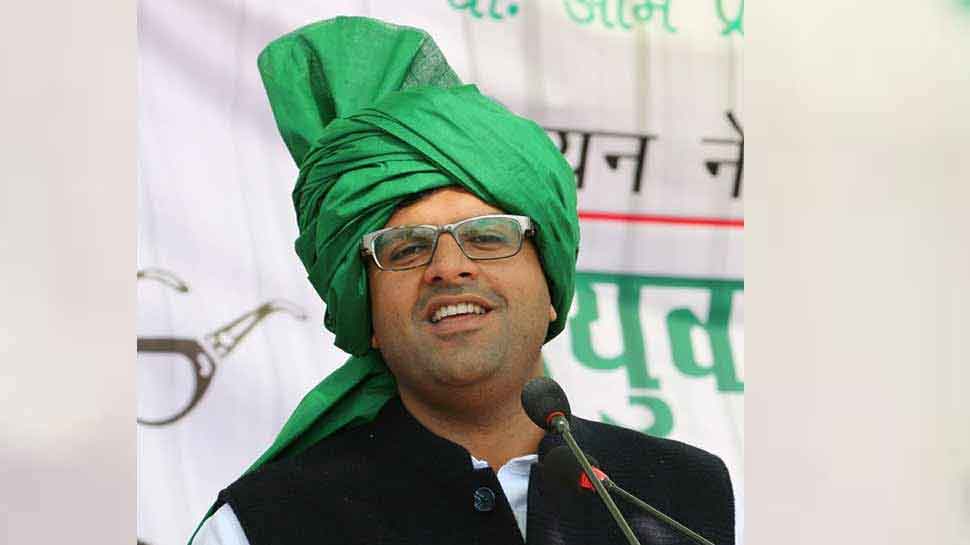 "I have taken permission from Tihar Jail to meet my father today," Dushyant told news agency ANI ahead of the meeting.

JJP will play a major role in deciding whose government will be formed in the state as both the ruling Bharatiya Janata Party (BJP) and the Congress failed to cross the halfway-mark to claim majority. BJP won 40 seats, Congress fetched 31 and JJP got 10 seats.

Dushyant today held a meeting with nine MLAs at his home-cum-office in Delhi. BJP has approached JJP to form a coalition government with them in Haryana and so has Congress.

Dushyant has not revealed his decision yet, but he likely to take a final call on Friday.

Dushyant's father Ajay Chautala and his grandfather Om Prakash Chautala were convicted on January 16, 2013, by a Delhi court for illegally recruiting 3,206 junior basic teachers 12 years ago. They were held guilty of tampering with the selection list of teachers, nepotism, and favouritism.

The father-son duo was also found guilty of taking bribes from people in exchange for hiring them.