PM Modi had promised not to let India down in the face of grave provocation from across the border. 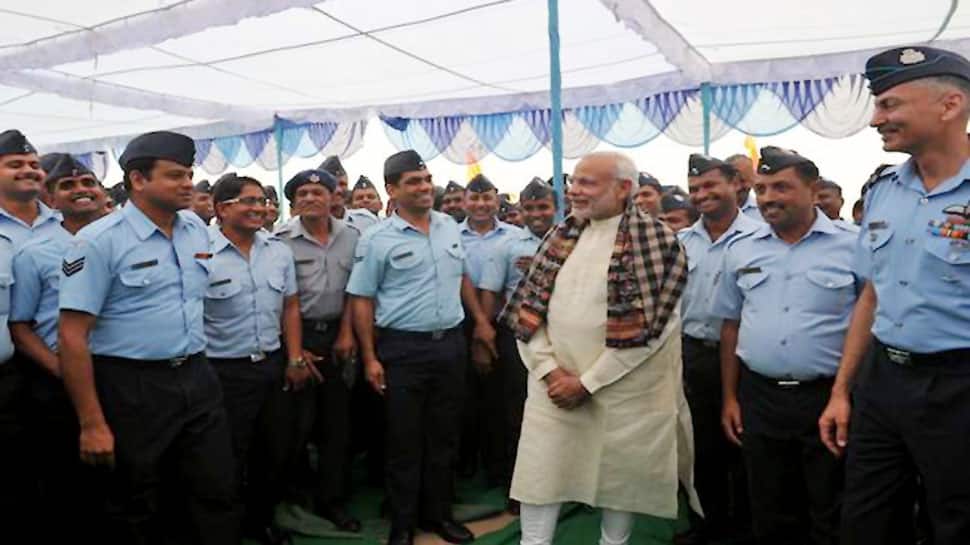 Very appropriate that he said so, and he was entitled say so on a second momentous day in succession. On Monday, he dedicated the National War Memorial to the nation and within hours of that the forces reinforced the trust of the nation by the unprecedented airstrike on a terror training camp located in PoK - the Jaish-e-Mohammad camp in Balakot.

Not many know that Balakot is a location which is comprehensively embedded with terrain for training terrorist through various routes. The terrain offers a suitable environment for training terrorists in infiltration due to its inherent mountainous terrain. Further, due to the close proximity of a River Udhar it also ensures training to perpetrate water-based attacks. Hence, attacking this base, which was hitherto used by other jihadi groups also, was hitting at the root of the menace of terror penetration.

Having said that, the basic question is whether could this have been done earlier. I believe, surely, it could have been done, and we missed several such opportunities to retaliate against the gravest provocation. Let us recount opportunities that were presented but were lost. However, I would like to place on record the contribution of intelligence community in the achievement.

Desh jhukaa tha
In May 2006, when the Indian team for Home Secretary Level Talks with Pakistan on Terrorism and Drug Trafficking was held in Islamabad, we had given a dossier which inter alia contained the location of terrorist training camps in PoK. No response came forth.

In the next innings of the Home Secretary Level Talks, held in July 2007, again a dossier containing details of terrorist training with further finetuned details was handed over. Again, no response came forth.

In the meantime, new mechanisms like the Joint Anti-Terror Mechanism were established. The same type of dossiers containing location of terror training camps were shared with more evidentiary information. No response came forth from Pakistan.

This was followed by the 26/11 Mumbai attacks. In this innings of the Home Secretary Level Talks too a dossier was an integral part of the Indian brief, and surely was shared. In all these, the Indian intelligence agencies had meticulously collected all the information in a committed and diligent manner. So, please readers, also salute our intelligence soldiers.

Make no mistake, this too was an intelligence-led operation. But the credibility of our intelligence agencies were dashed in 2011. After the suspension of talks in the aftermath of 26/11, the talks resumed in 2011. Again, for the reasons best known to the Union Home Minister in incumbency at that time, the assignment of compiling the dossier was given to investigating agencies NIA and CBI. Both of the them failed in their diligence. The dossier contained erroneous information. The credibility of the previous dossier got vitiated and demolished. Desh jhuk gaya.

Lagbag mitha tha
Intelligence is as good as the person taking action on the same. It is well documented that we had adequate information on the 26/11 Mumbai attacks. The intelligence agencies were repeatedly generating inputs day after day.

Repeatedly, the government in power was lackadaisical in responding to these serious threats. They sent away the top brass of internal security to the enemy's den for dialogue. In this delegation, they included an officer whose portfolio is not conventionally included in the delegation. Upon an offer of extension of talks and hospitality, this officer, who was by virtue of his rank and seniority the number two in the delegation, advised and prevailed upon the Home Secretary to accept the proposal for extension and hospitality. What happened is history. Desh lagbag mit gaya tha.

Mumbai nahi, desh kuch kshan tak rukha tha
Mumbai is the economic driver of the country. Attacks on the city always impact the entire economic ecosystem. The wheels of finance, commerce, marine,  industry and trade are all axled there. In such a situation, the Indian Navy, which had sighted the suspicious vessel was not given orders to go after it.

The Union Home Minister on December 12, 2008, said the forces had abandoned the surveillance, which is putting the cart before the horse and asking it to be driven. Surveillance is Indian defence forces' bread and butter and they would never abandon. Either orders were issued to them to withdraw or no orders were issued to proceed. That's all. Otherwise, the 26/11 attacks may have been avoided.

We may not have lost so many human beings. Mind you, the people who lost their life in 26/11/2008 were from all spectra of Indian society. They were the best brains in the country, some the best traders, entrepreneurs, businessmen and financial wizards caught in the Hotel Taj and Hotel Trident, as well as the other contributors to nation building, whether the railway workers at CST or Mumbai's vast number of small time entrepreneurs and job-holders doing a variety of the jobs and addition of value to the nation commuting from different vicinities of Mumbai. Two years earlier too the city had lost lot of vital national human resources in the 11/7 Mumbai train bombings. These are in addition to the huge loss of vital members of Mumbai Police and the National Security Guards.

Hence, for some time, Mumbai nahi, desh bhi rukh gaya tha
Therefore, the Prime Minister's statement conveys the national sentiment. This is the second time in last three years that he had stood by these words when challenged from across the border with grave provocation.