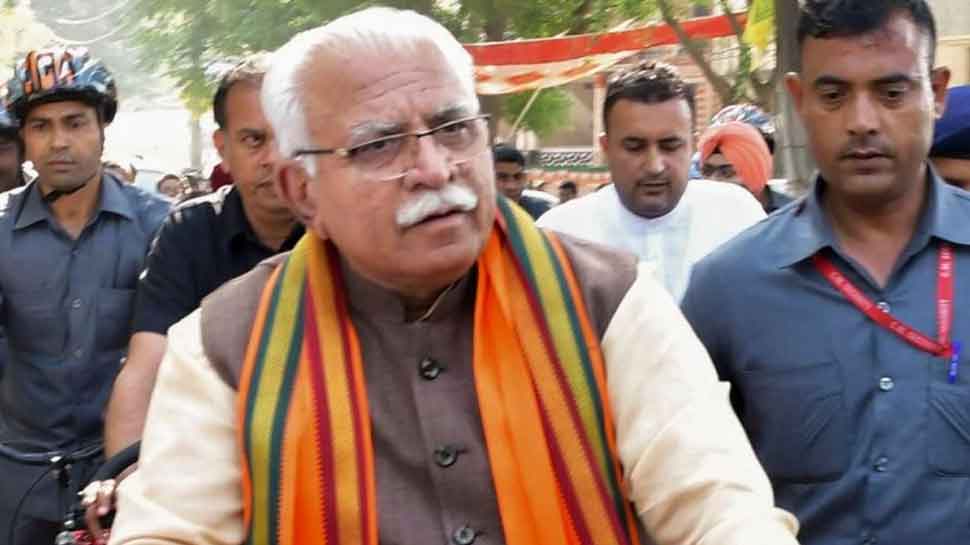 NEW DELHI: The BJP, which has initiated efforts to form government in Haryana after falling short of a majority in the 90-seat state assembly is now eyeing support of Independents MLAs to retain power in the state. According to reports, the BJP top brass is keeping all options open at the moment and is believed to be in talks with seven independent MLAs from the state for their support to its government in Haryana.

Five of them had met BJP working president JP Nadda and Haryana BJP in-charge Anil Jain late on Thursday and pledged support to the saffron party.

Somvir Sangwan (Dadri) and Dharmpal (Gonder) both are due to meet JP Nada and Anil Jain at the BJP head office in Delhi this afternoon.

Kanda`s brother Gobind Kanda had said that Haryana Lokhit Party is in touch with five more MLAs, who will extend their "unconditional support" to the ruling party.

Amid all efforts for government formation, the BJP central leadership has also opened the channels of communication open with Dushyant Chautala's Jannayak Janata Party (JJP), which has emerged as the kingmaker in Haryana politics.

Chautala's JJP has won 10 seats in the 90-member assembly.

The BJP finished with 40 seats, much less than its projected target of 75 seats and seven short of its 2014 tally. The BJP now needs the support of six MLAs to cross the half-way mark to retain power in the state.

Barala said that people have given the mandate to BJP and the party will introspect the reason behind losing on some seats.

Since the announcement of assembly election results, several top BJP leaders started giving indications that while JJP could be an option, the party would not hesitate to take independents onboard.

Haryana BJP chief Subhash Barala on Friday said that his party will form the government in the state with the support of independent legislators as it fell short of achieving an absolute majority on its own.

"Independent candidates have come to BJP`s side. The government will be formed under the leadership of ML Khattar Ji. He is coming to Delhi today to hold discussions," Barala was quoted as saying by ANI.

Barala said that people have given the mandate to BJP and the party will introspect the reason behind losing on some seats.

"Both the party and I will learn from the results of these elections. We will take steps to strengthen the party in the state," he said.