The Samyukta Kisan Morcha (SKM), an umbrella body of over 40 farmer unions, has planned that around 200 farmers will hold protests outside parliament every day during the monsoon session. 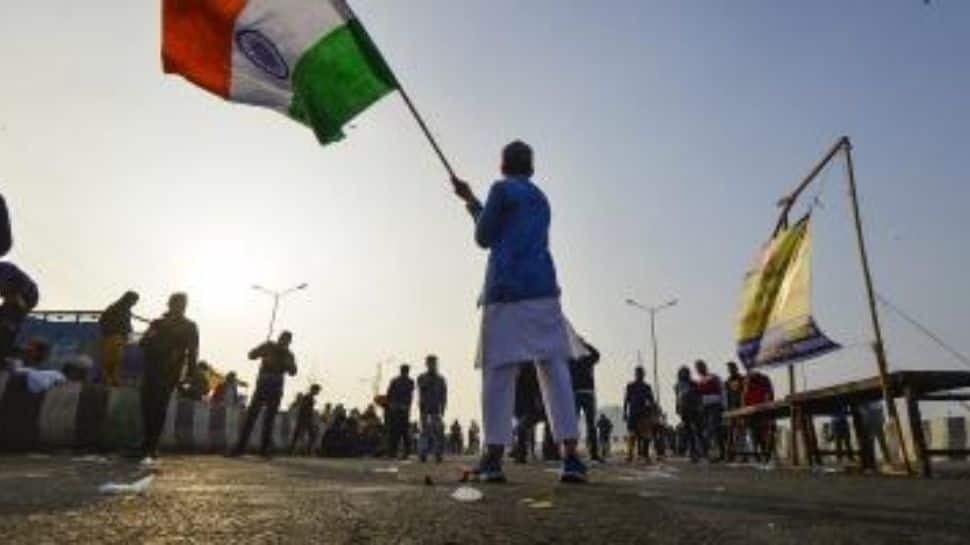 New Delhi: Officials of the Delhi Police will meet a delegation of farmers on Sunday (July 18, 2021)ahead of their planned protest in front of parliament during its monsoon session to demand scrapping of the contentious farm laws and a legal guarantee on MSP.

The Samyukta Kisan Morcha (SKM), an umbrella body of over 40 farmer unions, has planned that around 200 farmers will hold protests outside parliament every day during the monsoon session.

The leaders have not commented on whether they have permission to hold demonstrations outside parliament but have maintained that the protests will be "peaceful".

A tractor parade in Delhi on January 26, that was to highlight the demands of farmer unions to repeal three new agri laws, had dissolved into anarchy on the streets of the national capital as thousands of protesters broke through barriers, fought with the police, overturned vehicles and hoisted a religious flag from the ramparts of the iconic Red Fort.

A senior police officer said the meeting will take place with a delegation of farmers on Sunday before their proposed protest. During the meeting, police officials may suggest alternative venues in Delhi for the protest, but nothing concrete has been planned yet.

The SKM had earlier said at a press conference that two days before the monsoon session begins, a "chetavani patra" (warning letter) will be issued to all opposition MPs to protest the farm laws inside the House.

Thousands of farmers from across the country have been agitating at the Delhi borders against the three farm laws that they claim will do away with the Minimum Support Price system, leaving them at the mercy of big corporations.

Over 10 rounds of talks with the government, which has been projecting the laws at major agricultural reforms, have failed to break the deadlock between the two parties.