Google celebrated the 100th birth anniversary of Vikram Sarabhai-- known as the father of the Indian space programme, who founded Indian Space Research Organisation (ISRO)-- with a Doodle on August 12, Monday. 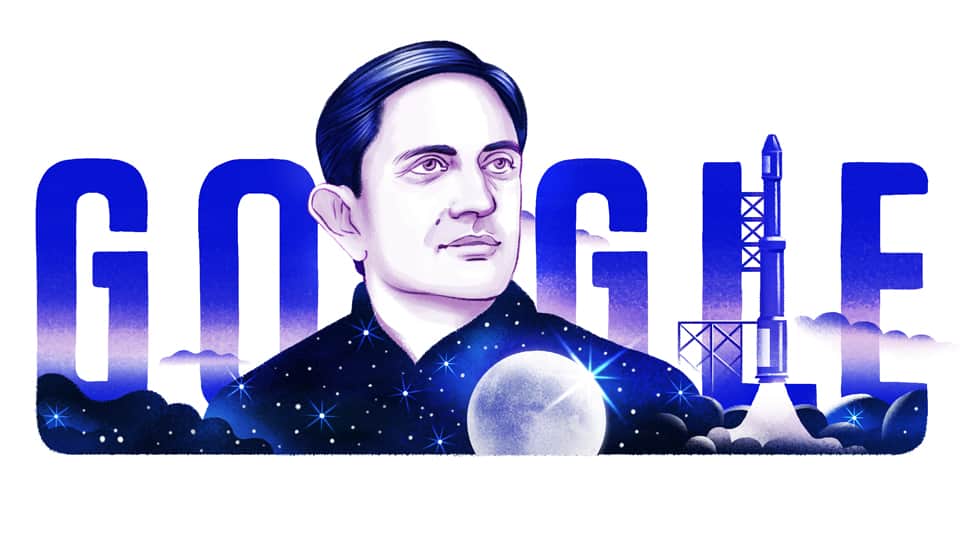 Google celebrated the 100th birth anniversary of Vikram Sarabhai-- known as the father of the Indian space programme, who founded Indian Space Research Organisation (ISRO)-- with a Doodle on August 12, Monday.

"Today’s Doodle, illustrated by Mumbai-based guest artist Pavan Rajurkar, celebrates the 100th birthday of award-winning Indian physicist, industrialist, and innovator Vikram Sarabhai, remembered by many as the father of India’s space program. Beyond his personal interest in cosmic rays, rockets, and satellites, Dr. Sarabhai believed in using science and technology as 'levers of development'," Google said in a statement.

Sarabhai, who was honoured with the Padma Bhushan in 1966 and the Padma Vibhushan (posthumously) in 1972, established ISRO, earlier called as the Indian National Committee for Space Research, in 1962.

Born in the city of Ahmadabad on this day in 1919, Vikram Ambalal Sarabhai belonged to an influential Jain family who was a major industrialist during the Indian freedom struggle.

After finishing his graduation from Gujarat College, Sarabhai travelled to England to earn his doctorate at the Cambridge University. On his return, he persuaded charitable trusts run by his family and friends to invest in a research institution near home in Ahmedabad. On November 11, 1947, he founded the Physical Research Laboratory (PRL) in Ahmedabad and served there from 1966-1971.

Following the launch of Russia’s Sputnik satellite, Sarabhai was able to successfully convince the Indian government the importance of a home space programme. "There are some who question the relevance of space activities in a developing nation. To us, there is no ambiguity of purpose… We must be second to none in the application of advanced technologies to the real problems of man and society," he had said.

Dr Homi Jehangir Bhabha, widely regarded as the father of India`s nuclear science programme, supported Vikram in setting up the first rocket launching station in India. This led to the Thumba Equatorial Rocket Launching Station near Thiruvananthapuram on the coast of the Arabian Sea, which had its first successful launch on November 21st, 1963. His dream of an Indian satellite was realized when Aryabhata went into orbit in 1975.

Thiruvananthapuram's The Vikram Sarabhai Space Centre (VSSC), a major centre of the ISRO, has also been named after him. A crater on the moon was named in his honor in 1973 and ISRO has also announced an award in his name on his 100th birthday.

India's moon mission Chandryaan-2, hoping to become the fourth nation in the world to make a soft landing on the moon, a lander named Vikram is scheduled to touch down on the lunar surface on September 7.